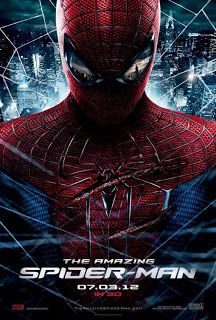 If nothing else, The Amazing Spider-Man can be seen as an experiment about how responsive an audience would be towards a reboot of the Spider-Man franchise, only five years after the last film (and a decade after the first film).  Those in the know are aware to the fact that this film was created as a way for Sony to keep the film rights to Spider-Man after plans for Sam Raimi to direct a fourth film fell through.

I for one am not a fan of reboots of any kind and I’d rather see no Spider-Man be made than throw out the existing continuity and start anew.  That is the biggest issue I had with The Amazing Spider-Man. Nearly the entire first hour of the film is spent retelling the Spider-Man backstory that we are all familiar with.  The movie is pretty much half over by the time Peter Parker is fully Spider-Man, but when that happened, I found myself enjoying the film more.

This film is most definitely a different take on Spider-Man than the films Sam Raimi directed.  In some ways, you can say that they are bit more grounded in reality than the previous films (despite the fact that the villain is a mutant lizard).  One thing I liked is that they actually tried to  use actual stuntwork for the web-swinging, which does make it seem a lot more natural than a computer creation (those I’m sure CGI was used too).

Andrew Garfield was competent enough as the new Peter Parker and it was definitely a good thing that I accepted him in the role without continuously comparing him to Tobey Maguire.  However, I do have to say that Emma Stone’s portrayal of Gwen Stacey ran circles around Kirsten Dunst’s Mary Jane Watson.  It’s also nice that the film is staying true to the comics by featuring Peter Parker’s original, yet lesser known, love interest.

As for the villain, Rhys Ifans was a good as he could be in playing a giant CGI Lizard.  In some ways Curt Connors is portrayed in a similar way to Doctor Octopus from Spider-Man 2 in how he begins as a mentor figure to Peter Parker and he turns into a monster in search of the greater good.  Definitely a tragic character.

As much as I didn’t want this movie to made, in the end I will say that was an enjoyable entry into the Spider-Man franchise.  The film differs enough from Sam Raimi’s films that I am sure that it will be able to stand on its own.