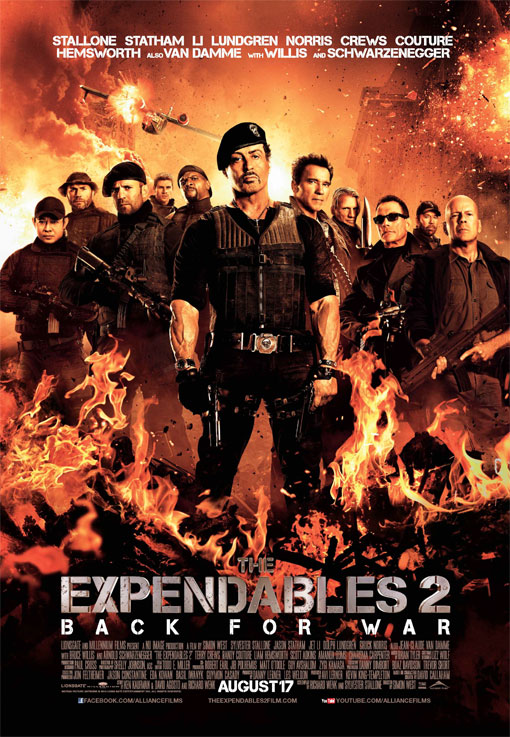 When The Expendables came out in 2010, it was advertised as being the ultimate all-star action film.  While it still turned out OK enough, it didn’t really turn out to be the film that it was hyped up to be.  The Expendables 2, on the other hand, is exactly the film that I was expecting the first film to be.

It’s still not a perfect film.  The majority of the best moments of the film are found in the opening and climatic fights.  In between these big action scenes, we have to work our way through the story.  It is definitely a better story than the first film and the team is on one continuous mission, as opposed to the back-and-forth action of the previous film.  However, there are still moments of downtime as we patiently await the big final fight.

It is definitely the climax of the film that makes the film as enjoyable as it is.  A very pleasant add-on is the addition of Chuck Norris, Bruce Willis, and Arnold Schwarzenegger to the action, which includes many memorable moments (and one-liners).  Oh, and don’t forget the one-on-one face-off between Sylvester Stallone and Jean-Claude Van Damme.

Overall, The Expendables 2 was a very fun film.