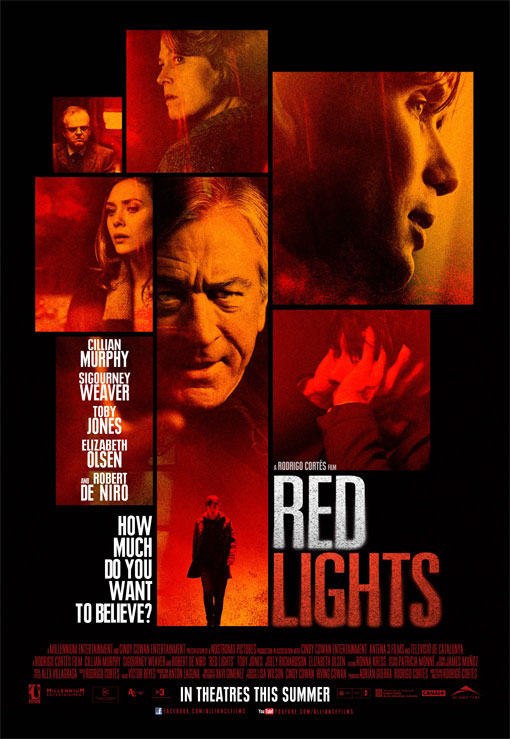 Red Lights is director Rodrigo Cortés’ follow-up to his 2010 film Buried.  The film follows psychologist Margaret Matheson (Sigourney Weaver) and her assistant Tom (Cillian Murphy) as they venture out to debunk psychics using their scientific explanations.  A blind psychic named Simon Silver (Robert De Niro) decides to come out of retirement and all signs to see to point toward him being the real deal.

The film is a pretty good examination of science vs pseudoscience.  Weaver’s character of Margaret Matheson has a very biased hatred of psychics and how they exploit people’s misfortunes for profit.  On the otherhand, there is a parapsychologist played by Toby Jones, who is searching for scientific proof of psychics (there is an enjoyable sequence showing Jones’ research video of DeNiro’s character).  Of course, the film is also very much a thriller as people start to seemingly get psychic attacks.

Overall, I would say that I enjoyed the film.