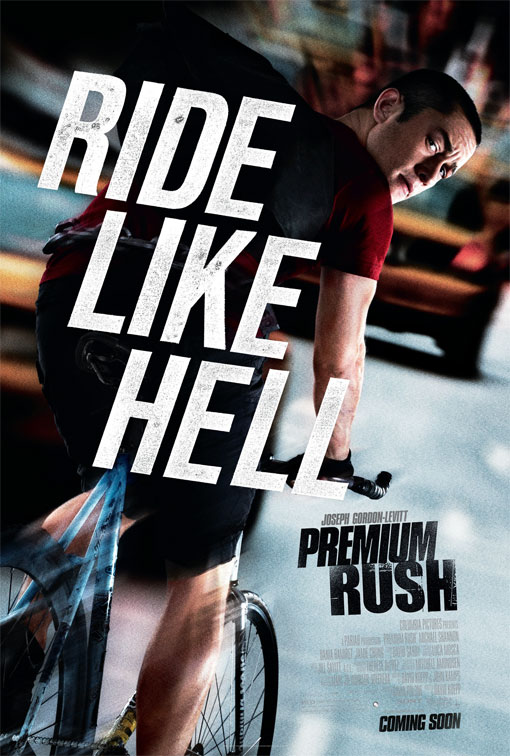 Living in a big city like Toronto, I have a love/hate relationship cyclists.  I have no issues with people that treat bicycles like the vehicles that they are and obey the rules of the road.  However, it annoys the hell out of me when I come across cyclists that seem to believe they can bike wherever they want (including the sidewalk).

Wilee (Joseph Gordon-Levitt), the protagonist of Premium Rush is one of those types of cyclists.  As a bike courier, he takes pride in his ability to cycle in and around New York traffic to get from point A to point B in the shortest possible time.  Of course, this task becomes more difficult when he crosses paths with a corrupt cop (Michael Shannon), who just happens to have an interest in Wilee’s latest delivery.

I thought that this was a fun film, even the story would probably make an even better video games.  Wilee is portrayed very much like the protagonist of many a driving videogame, including the fact that he seemingly has the ability to pause and access which route has lesser chance of getting him killed.  Of course, this videogame-like aspect only helped with my enjoyment of the film.

Overall, this was an entertaining film to conclude my summer movie viewing.