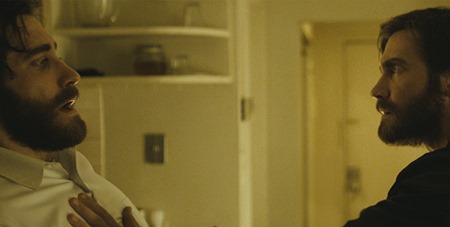 While a lot of the focus of the Toronto International Film Festival centres around film premieres from all of the world, the festival still has time to focus on local Canadian films.  As such, this week’s batch of TIFF announcements focused on the Canadian content that will play at this year’s festival.  One interesting fact to note about these Canadian films is that a few of them feature well-known international stars in the lead roles, which definitely blurs the line somewhat about what makes a film truly Canadian. Here are my highlights: The Animal Project – Ingrid Veninger, Canada (Contemporary World Cinema)
A story about a father, a son, and six characters dressed in furry suits. I’m sold. Asphalt Watches – Seth Scriver and Shayne Ehman, Canada (Vanguard)
This adult-oriented animated feature looks completely messed up.  That is why it interests me. Empire of Dirt – Peter Stebbings, Canada (Contemporary World Cinema)
I’m a fan of Peter Stebbings’ previous film Defendor, so I’m interested in checking out his follow-up, which focuses on three generations of First Nations women dealing with the demons of their past. Enemy – Denis Villeneuve, Canada/Spain (Special Presentations)
Denis Villenueve (Incendies) will be doing double duty at this year’s festival, since this announcement follows the previous announcement of Prisoners.  Enemy sees Jake Gyllenhaal playing a University professor, who encounters his exact double.  That’s all the information I need to be interested in this thriller. The F Word – Michael Dowse, Canada/Ireland (Special Presentations)
After finding success two years ago with Goon, Michael Dowse returns with this new romantic comedy starring Daniel Radcliffe and Zoe Kazan.  While it looked it was going to be the “Year of Cumberbatch” a few weeks ago, it now looks like it will also be the “Year of Radcliffe,” since the former Harry Potter ALSO has three films playing at the festival this year, with the other two being the Allen Ginsberg film Kill Your Darlings and the horror film Horns. The Husband – Bruce McDonald, Canada (Special Presentations)
Bruce McDonald is Canadian film royalty, so at this point, all I need to know is that he directed a new film.  Anyways, The Husband is a black comedy about an ad-agency employee with rage issues. Tom At The Farm (Tom à la ferme) Xavier Dolan, Canada/France (Special Presentations)
Xavier Dolan found great success last year with Laurence Anyways, which ended up winning Best Canadian Feature at the festival.  Let’s see if he can make lightning strike twice with his follow-up, which follows a copy-writer, who travels to the country for a funeral. And those are my Canadian film highlights.  There should be one more batch of film announcements next week, before the full festival schedule is released on August 20.