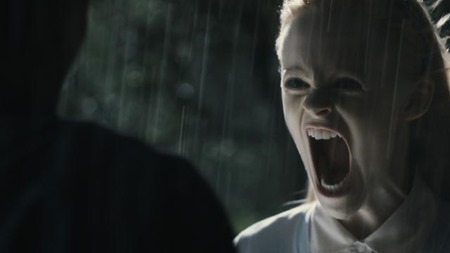 Tonight as part of their monthly CineMacabre Movie Nights, Rue Morgue and eOne Entertainment will be hosting the official Toronto premiere of the film Haunter, which is the latest from director Vincenzo Natalli (Cube, Splice).  The film focuses on a teenage ghost (Abigail Breslin), who tries to save another girl from a murderous madman (Stephen McHattie).  In advance of tonight’s screening, I thought that I would share the trailer for the film, which (according to IMDB) is scheduled for a limited release on October 18.