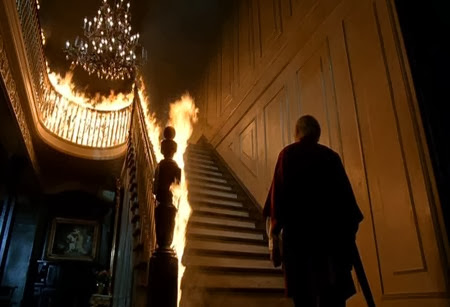 The Halloween season is upon us!  It’s the perfect time of year to seek out horror films to watch and indeed the new remake of Carrie is set to open this upcoming weekend.  However, Toronto is a very film rich town and there will be many special horror screenings around the city in the weeks leading up to (and including) Halloween.  As such, I thought that I will list off some of these events, so you can plan out your spooky film experience.

Toronto After Dark Film Festival I shall start off with the most obvious choice, which will be the film festival dedicated to horror, sci-fi, action, and cult films.  The festival is set to begin this upcoming Thursday at the Scotiabank Theatre and will run through October 25th. Tickets and info can be found on the festival’s official website. 360 Screenings Now in its second year, 360 Screenings combines a film experience with interactive live theatre installations.  Last year, 360 Screenings celebrated Halloween with Danny Boyle’s 28 Days Later and is ready for more spooky shenanigans on October 25th and 26th, with two performances each day. Ticket information can be found on the 360 Screenings website. Halloween at TIFF Bell Lightbox Co-presented by Rue Morgue Magazine, the TIFF Bell Lightbox will be very active on Halloween night. The main headliner for the evening will be a double bill of Canadian horror classics Ginger Snaps and The Changeling, for which you can also buy a limited edition poster designed by Justin Erickson of Phantom City Creative and Ghoulish Gary Pullin.  On the same night, the Lightbox’s retrospective of the films of David Cronenberg will kick-off with a screening of Dead Ringers, which will be introduced by star Jeremy Irons.  If that wasn’t enough, the Lightbox will also be having a weeklong revival run of The Exorcist, beginning on October 25. Information on these screenings can be found on the TIFF website. Halloweek at Bloor Hot Docs Cinema The Bloor Hot Docs Cinema will have a number of spooky film events in the week leading up to Halloween. The highlight will be the traditional shadowcast screenings of The Rocky Horror Picture Show, which will be screening with shows on October 25th, 26th, and Halloween night. There will also be screenings of the spooky documentaries 30 Ghosts (Oct 26th and 30th) and Birth of the Living Dead (Oct 27th and 28th). Information and tickets can be found on the Bloor Hot Docs Cinema website. Little Terrors – Devil’s Night The monthly showcase of horror shorts will be having their Halloween edition Oct 30 at the Carlton Cinema. More information can be found on the Little Terrors website. And that wraps up my round up on the spooky Toronto film events this Halloween season. It’s sure to be a scary time.