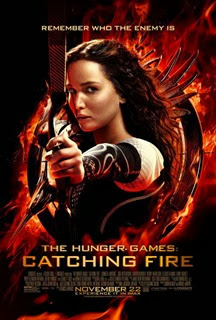 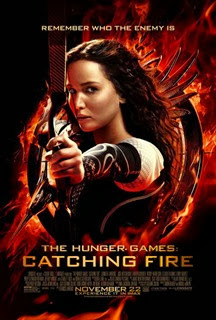 One year after jointly winning the 74th annual Hunger Games, Katniss Everdeen (Jennifer Lawrence) and Peeta Mellark (Josh Hutcherson) go on a Victor’s Tour of the districts of Panem, where Katniss has become a symbol for a slowly brewing rebellion against the Capital.  While Katniss is disturbed by the increasingly violent behaviour of the “Peacekeepers,” President Swan (Donald Sutherland) seeks a way to crush this symbol of hope.  As his solution, Swan decrees that the 75th annual Hunger Games, known as the The Quarter Quell, will be made up of previous victors, with Katniss and Peeta among them.  Under the watch of, the new Head Gamemaker, Plutarch Heavensbee (Philip Seymour Hoffman), these Hunger Games are sure to be unlike any that has come before. While The Hunger Games worked as an introduction to the dystopian world of Panem, Catching Fire is the film where the plot really starts to thicken.  While the Hunger Games event is still central to the plot, it is evident that the growing rebellion in the districts is the true focus of this story.  This makes for an overall darker film, since it is obvious that the parties involved are not as excited about The Hunger Games this time around. Unlike the last film, where the “Tributes” didn’t get much character development, Catching Fire takes some time for you get to know the various participants.  There are also some recognizable faces in the mix, including Jeffrey Wright, Amanda Plummer, and Jena Malone.  The film also features an extended performance by Liam Hemsworth as Katniss’ friend Gale.  While I did like the extended screen time for Hemsworth, who only briefly appeared in the first film, I’m not too crazy about the love triangle that is set up between Katniss, Gale, and Peeta.  I don’t really know why every young adult story has to go into this territory. If there is one small gripe I have about Catching Fire is that it is very much a “set-up” movie.  There is not really any closure to this story, with the film ending with a direct set-up for Mocking Jay, which is going to be released in two parts in 2014 and 2015.  That said, I will say that the film has me excited for the next. Overall, I can say that Catching Fire was a darker and somewhat more interesting film than the last.  While I don’t have to wait a whole year for the next chapter of this story, I did like how to progressed to being about much more than a yearly event.8 | LIKED IT