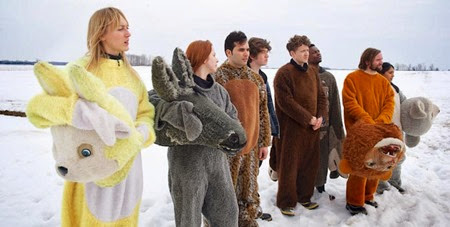 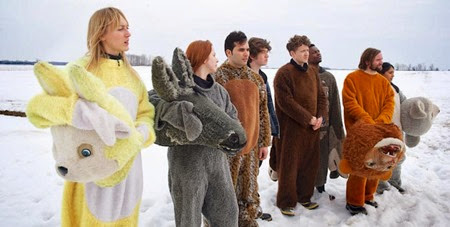 Here is the official trailer for The Animal Project, which is the latest film by Canadian filmmaker Ingrid Veninger (Modra, i am a good person/i am a bad person).  The film is about a theatre troupe, who dress up in animal costume and do crazy acts in the streets of Toronto.  Part of the reason I am featuring the trailer today is that it features a pull quote from the review I wrote for Toronto Film Scene, after seeing the film’s premiere last year at the Toronto International Film Festival.  While this is not the first time my reviews have been quoted in one form or another (usually on Twitter), I definitely consider it both a a huge honour and achievement that I’m featured in this trailer, which will likely be seen by many prior to the film’s opening at the TIFF Bell Lightbox on June 6. 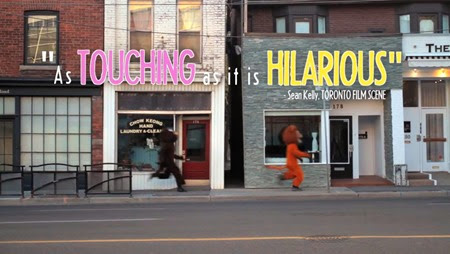