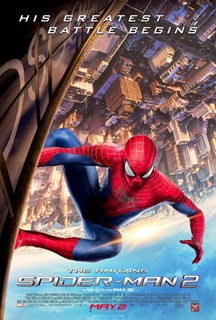 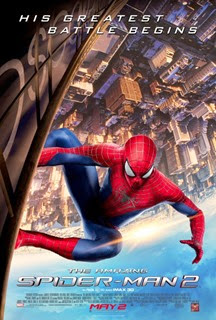 The cinematic reboot of everyone’s favourite wisecracking webslinger continues with The Amazing Spider-Man 2.  Peter Parker (Andrew Garfield) continues to search for the answer about his parents, while his dangerous crime-fighting life as Spider-Man makes him concerned about the safety of his girlfriend Gwen Stacey (Emma Stone).  Meanwhile, Peter’s childhood best friend Harry Osborn (Dane DeHaan) returns after an 8 year absence and assumes control of Oscorp.  When the mild-mannered Oscorp electrical engineer Max Dillon (Jamie Foxx) gets into an accident, turning into the villainous Electro, it sets the stage for Spider-Man’s greatest battle. The Amazing Spider-Man was a somewhat desperate move by Sony to reboot the Spider-Man franchise, after the behind-the-scenes collapse of Sam Raimi’s series, in an effort to keep the rights for the character from going back to the Disney-owned Marvel Studios.  With Spider-Man being Marvel’s signature character, it probably would have been great for the character to be part of the, now quite established, Marvel Cinematic Universe.  Instead, it seems that Sony is developing a multi-film arc within the Spider-Man universe, which will eventually lead to the emergence of the team of villains, known as the Sinister Six. Much of the baggage from The Amazing Spider-Man being a reboot, such as retelling the Spider-Man origin story, has now diminished and the series is free to develop its own storylines.  At the core of this new franchise is the mystery of Peter Parker’s parents and why they suddenly disappeared.  The film provides some answers for that storyline, with it tying with the overall arc of Oscorp being the origin of many of the villains in this universe. In the lead-up to this film, there was fear that The Amazing Spider-Man 2 was repeating Spider-Man 3’s mistake and introducing too many villains.  However, I can confidently say that the lead antagonist of the film is clearly Electro, though the film also sets up the Green Goblin and Rhino (Paul Giamatti), both of whom will play a role in developing the Sinister Six storyline for future films.  Going back to Electro, fans of the comics’ original incarnation of the character might be a little confused by this blue mutant villain, who is based on the Electro from the Ultimate Spider-Man universe.  The same universe is also likely responsible for the reinterpretations of both the Green Goblin and Rhino. Something that can be described as my biggest criticism of the film is that there is a certain campiness that hasn’t been seen in comic book films since Joel Schumacher’s Batman films of the mid-1990s.  Max Dillon’s nerdy behaviour and fandom of Spider-Man in the first act is remarkably similar to the origin of The Riddler in Batman Forever.  In addition, there are clichéd characters, liked a German psychiatrist named Dr. Kafka.  These, dare I say, “comic booky” elements might be seen by some as a step back, in a world where comic-book adaptations have embraced reality and portrayed themselves relatively seriously.  However, I didn’t feel these moments hurt the film all that much and I have to note that I quite enjoyed the film’s action sequences. There is one truly poignant scene in the film, which I don’t really want to mention, since it is a major spoiler.  However, if you knew anything about the Spider-Man mythology, you would know that this moment would come sooner or later and I thought that it was really well done. Overall, I can confidently say that I enjoyed The Amazing Spider-Man 2 better than the first one.  Even though rebooting the series was somewhat unnecessary in the first place, I do like the efforts to create a multi-film Sinister Six arc and I will look forward to seeing how this storyline develops in future films.8 | LIKED IT