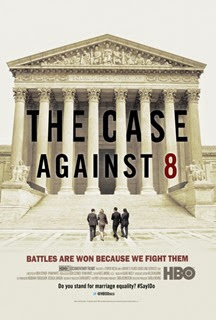 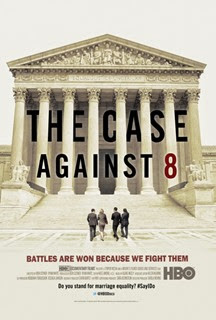 In May 2008, same-sex marriage became legal in California.  However, mere months later, conservative forces placed a proposition on the November ballot, which defined marriage as being between a man and a woman.  This initiative, known as “Prop 8,” passed, resulting in the banning and invalidation of same-sex marriages in the state.  The Case Against 8 follows the legal action put forth by the American Foundation for Equal Rights against Prop 8, arguing that it is against the 14th amendment of the U.S. constitution, which guarantees equality. There are many moments in The Case Against 8, where the gay rights movement is compared to the civil rights movement from the 1960s.  This case was undoubtedly one of the most important in American history and the film covers all the developments from the start of the trial in January 2010, all the way to the final Supreme Court decision in June 2013.  One of the most notable elements of case was how it featured both republican Ted Olsen and democrat David Boies as the case’s legal council.  Ted Olsen’s involvement in the case is particularly notable, since republicans were typically against gay marriage.  However, in Olsen’s view, marriage in general is a conservative value and that the constitution of the United States guarantees equal rights.  The primary subjects for much of the film are the two same-sex couples of Kristin Perry and Sandra Stier and Paul Katami and Jeffrey Zarrillo, who were named as plaintiffs in the case.  These couples took a huge risk stepping into the public eye for this case and indeed a few of them were victim to hateful phone messages and protests outside the courthouse.  Broadcast of the trial was blocked, so the film makes up for this by having the subjects re-enacting the trial by reading from the court transcripts.  While The Case Against 8 would undoubtedly be more powerful a film, if the actual case was seen on the screen, there are still many impactful moments as the subjects relive their experiences.  Also, the film becomes a bit of a nail biter, as the case goes through multiple appeals, before the final supreme court decision. Since this was such a high profile case, the audience is likely going to know how The Case Against 8 is going to turn out.  However, that doesn’t stop the film from being an important document of a crowning achievement for gay rights in the United States.  9 | REALLY LIKED IT The Case Against 8 opens today at the Bloor Hot Docs Cinema.