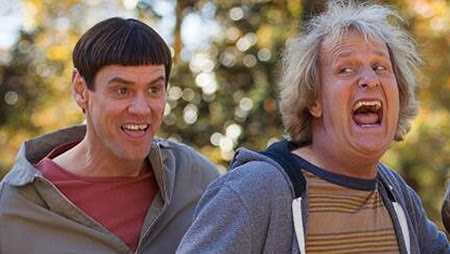 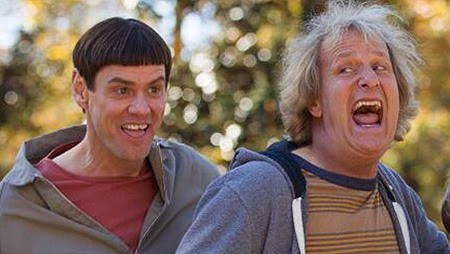 The first trailer has arrived for Dumb and Dumber To, which is arriving 20 years after the original. Dumb and Dumber was one of the films released during Jim Carrey’s breakthrough year of 1994, which also saw the release of Ace Ventura: Pet Detective and The Mask. In this new film, the now 52 year old Carrey reunites with the now 59 year old Jeff Daniels for more dumb hijinks, which seems to centre around the search for Harry’s long lost daughter.  Admittedly the duo’s hijinks now seem even more dumb, due to the fact that both are now 20 years older.  However, I’m still willing to give Dumb and Dumber To a watch when it opens on November 14. At the very least it should erase memories of the 2003 cash-in prequel Dumb and Dumberer: When Harry Met Lloyd.