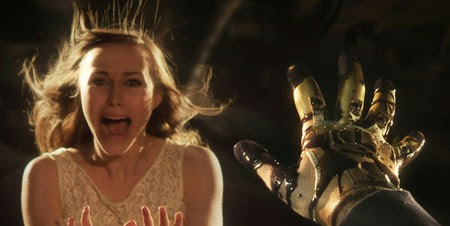 We are only two days away from the start of the 39th annual Toronto International Film Festival.  This is my twelfth year attending the festival and I could probably describe myself as an old pro at this point.  I acquired my tickets for the festival this past Sunday and I will be attending a total of 20 screenings, over the course of eleven days.  Inspired by my extensive coverage of Hot Docs earlier this year, I am aiming for this year to be the most in-depth coverage of TIFF I have ever done.  I am going to make sure to write about every film I see, even if some reviews don’t show up until after the completion of the festival on September 14.  Now, I shall run down my schedule of the festival for this year. Genre films take centre stage for me this year, with films from the Midnight Madness and Vanguard programmes making up just over half of my festival line-up.  After seeing a record six midnight screenings last, I am slightly toning down my Midnight Madness presence by staying up late for four nights of the festival.  The Midnight Madness screenings I am particularly excited to check out include Astron-6’s giallo homage The Editor and Simon Barrett and Adam Wingard’s The Guest.  Rounding out my midnight screenings are the Samuel L. Jackson-starring survival film Big Game and the STD haunting film It Follows.  I will also be seeing daytime screenings of the documentary Electric Boogaloo: The Wild, Untold Story of Cannon Films and the vampire comedy What We Do In The Shadows. My festival will be kicking off on Thursday night with the opening Vanguard selection Shrew’s Nest, a Spanish thriller produced by Álex de la Iglesia.  Other Vanguard highlights for me include Peter Strickland’s The Duke of Burgundy and Takashi Miike’s Over Your Dead Body.  Rounding of this programme are the French romance thriller Alleluia and Dave McKean’s fantasy Luna, which will be my final screening of the festival. This year I looked away from the Special Presentations programme when making my selections.  However, I will still be seeing two Special Presentations during the festival.  One film that I am particularly excited to see is the Simon Pegg-starring comedy Hector and the Search for Happiness.  The other film that I am seeing as part of the Special Presentations programme is the New Zealand Maori martial arts film The Dead Lands. I will be seeing a grand total of six Canadian productions of the course of TIFF, three of which will be over the course of a single evening.  This Canadian film triple bill will consist of the musical sci-fi film Bang Bang Baby, the Satanic sex comedy Teen Lust, and the wilderness thriller Backcountry.  Other Canadian films I will be seeing during TIFF include the previously mentioned films The Editor and Hector and the Search for Happiness, as well as the Cannes word-of-mouth hit Tu Dors Nicole. Rounding off my selections for TIFF this year are the fiction/documentary hybrid romance Heaven Knows What, the Act of Killing follow-up documentary The Look of Silence, and the IRA action-thriller ‘71. It is sure going to be a busy festival.