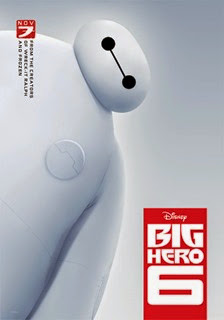 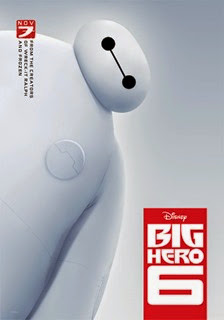 From Disney Animation Studios comes this superhero adventure based on the series by Marvel comics. Hiro Hamada (Ryan Potter) is a 14 year old robotics prodigy living in the city of San Fransokyo.  Initially using his skills for illegal robot fights, Hiro is convinced by his older brother Tadashi (Daniel Henney) to enrol in the robotics program at the San Fransokyo Institute of Technology, headed by Professor Robert Callaghan (James Cromwell).  After tragedy strikes, Hiro falls into a funk, comforted only by his brother’s personal healthcare companion Baymax (Scott Adsit).  When a mysterious villain wearing a Kabuki mask arises, Hiro and Baymax form a superhero team with fellow robotics students to stop this foe. Following Disney’s acquisition of Pixar eight years ago, it resulted in the studio having two separate animation divisions, with the other being Disney’s in-house animation studio.  Despite being part of renaissance of animation in the 1990s, Disney Animation Studios struggled for many years, as the focus in animation switched from hand drawn to CGI films.  Over the last few years, Disney Animation Studios finally began to hit its groove again, with films such as Tangled, Wreck-It-Ralph, and last year’s Oscar winning Frozen.  Like 2012’s Wreck-It-Ralph, Big Hero 6 is a departure from the fairy tale stories that typically make up Disney’s animated films, with the film being a futuristic superhero film, adapted from a somewhat lesser known Marvel comics property. Probably the best way to describe Big Hero 6 is a mix between Pixar’s The Incredibles, which is coincidentally celebrating its tenth anniversary this month, and The Iron Giant.  The latter comparison comes from the central relationship between Hiro and the big, cuddly, and loveable inflatable robot Baymax.  Baymax has practically dominated the marketing for Big Hero 6, with there being little mention (or images) of the actual superhero team that makes up the title of the film.  However, it is easy to see why Baymax has dominated the focus, since he is quite obviously the heart of the film.  Created as a heath care robot, Baymax has a very kind and helpful demeanour to him, even after Hiro programs in karate and builds armour, which makes Baymax quite unlike other superhero robot.  By looking up how Baymax is portrayed in the comics, it is obvious that Disney decided to go in their own direction and make a character that is somewhat more warm and fuzzy.  However, that’s perfectly fine, since Baymax is what gives much of the joy to Big Hero 6. Of course, Hiro and Baymax are just two of the six members that make of the superhero team at the centre of the film.  Other other members, who include Fred (T. J. Miller), GoGo Tomago (Jamie Chung), Wasabi (Damon Wayans, Jr.) and Honey Lemon (Génesis Rodríguez), are all friends of Hiro, whose experiments in the San Fransokyo Institute of Technology’s robotics lab become the basis of their superpowers, which includes Wasabi’s laser cutters and GoGo’s electromagnetic wheels.  Also lending their voices to the film are Maya Rudolph as Hiro’s Aunt Cass and Alan Tudyk, in his third consecutive Disney voice role, as tech company owner Alistair Krei.  Also, make sure to say after the credits for a surprise voice cameo. Overall, Big Hero 6 is a pretty enjoyable superhero team film, with one big, cuddly, loveable robot.8 | LIKED IT