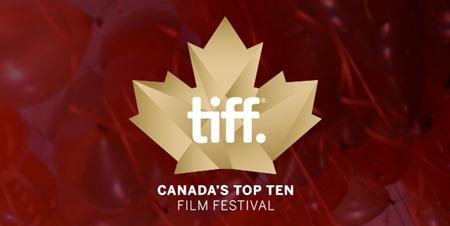 This evening marks the beginning of the TIFF Canada’s Top Ten Film Festival.  Throughout the course of the next ten days, the ten best Canadian films of the year will screen at the TIFF Bell Lightbox.  Since I’ve seen four of the ten films screening, I thought that I would give my own personal recommendations for the festival.

Xavier Dolan’s Mommy is the only film in the Canada’s Top Ten line-up, which made it onto my personal top ten list.  As such, it can be safe to say that I consider this to be the top film of the Canada’s Top Ten line-up.  Xavier Dolan is a director to keep an eye on and I will most definitely be checking out all of his films from this point forward.

Sol is a film that I just happened to have been randomly assigned as part of Toronto Film Scene’s coverage of the imagineNATIVE Film Festival back in October.  However, I am very happy that I managed to check out the film, since is a very important documentary dealing with the very serious issue of the normalization of suicide in Nunavut.  At the centre of this documentary is a man named Solomon Uyurasuk, who hanged himself while in an RCMP jail cell.  The documentary goes into the larger (and mostly ignored) issue of the cultural identity of the youth in Nunavut and this is a film that has to be seen and get people talking.

My description of Tu dors Nicole is that it is a charming and enjoyable little coming of age story.  The film focuses on a 22 year old girl named Nicole (Julianne Côté), who is housesitting for her parents, while also planning a trip to Iceland.  The film features some gorgeous black and white cinematography, as well as some humorous and fantastical elements, including the neighbourhood kid Martin, who has the voice of an adult male and frequently speaks of his unrequited love for Nicole.  This one is definitely worth checking out.

You cannot believe how much it saddens me to NOT recommend a film from one of my favourite Canadian directors.  However, I cannot excuse the fact that Maps to the Stars was a film that I was incredibly disappointed by and I consider it to be a major low point of Cronenberg’s 45 year old career.  Cronenberg has been trying to be embraced more by the mainstream for his last few films and I believe that he has really lost his edge because of it.  Yes, David Cronenberg is a very important party of Canadian cinema.  However, that doesn’t mean that all of his films get a free pass and get considered to be part of Canada’s Top Ten.  This festival has been running since 2000 and there has yet to be a year when David Cronenberg does not make it in.  Please skip this film and send the message that this Canadian nepotism has to stop.  There were many other great Canadian films last year, which could have easily taken Maps to the Stars place on the list.