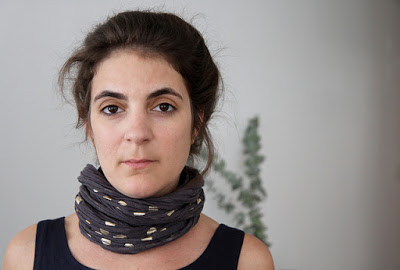 The music biography Mavis! opens today at the Bloor Hot Docs Cinema. The documentary looks back at the career of Mavis Staples, who was best known as one of the members of the Staples Singers. Mavis! is the first feature-length documentary by director Jessica Edwards, who previously directed the documentary shorts The Landfill (2012), Tugs (2011), and Seltzer Works (2010). When Mavis! screened earlier this year at the Hot Docs Canadian International Documentary Festival, I had the opportunity to sit down with Jessica Edwards and discuss the film.

Jessica Edward first got the idea to make Mavis! after going to see Mavis Staples perform in concert. “She just blew me away. She was such a captivating performer,” says Edwards. “, I really wanted to learn everything I could about her that I didn’t know already. And I realized that there was no other film about her and so I set out to meet with her.”

Mavis! took about two years to shoot and follows Mavis around on tour, while also providing an biography of her career. The film also features interviews with music figures, such as Bob Dylan, Bonnie Raitt, and Jeff Tweedy. However, there will a few interviews that Edwards would have liked to get for the film, but couldn’t. “We do have footage of Prince in the film, but I would have loved to sit down and talk to him about her or maybe have them talk to each other, but Prince will do what Prince wants to do,” says Edwards. “Aretha Franklin was another person we had actually talked to about being in the film and we couldn’t make that happen.”

One of the more emotional moments of the film involves Mavis Staples listening to a recently finished recording of her late father Pops, who she had a very close relationship with throughout her career. “That scene was so moving. Just to be in the same room while it was going on, I felt so blessed,” says Edwards of this moment. “I think that her relationship to Pops and sort of what he taught her as a performer and as a singer. The integrity that he passed on to her really forms who she is.”

Throughout her career, Mavis Staples has been able to transcend through many musical genres, while still staying true to herself. “I think that becomes what drives her and what makes her the performer that she is today,” says Edwards. “I think that her abilities to sing about peace and love and message music within any genre that she’s singing is kind of the reason that’s she’s being going so long.” Edwards credits longevity of Mavis Staples’ with the fact that she has stayed true to herself and who she is as a performer. “Part of that is that she has stayed close to her family and that her family really grounded her and Pops her father really grounded her.”

When it is all said and done, Jessica Edwards hopes that audiences will relate with Mavis Staples the same ways that she has. “I set out to make the film, because of the way that I felt when she performs and sing, so my hope that they’ll gain the kind of inspiration that I gained from her.”