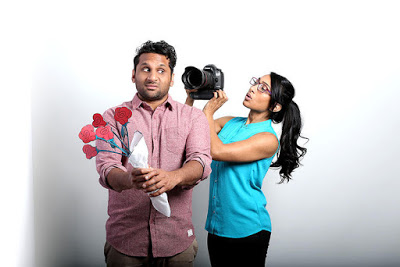 When Meet the Patels screened at the 2014 Hot Docs Canadian International Documentary Festival, I sat down with Ravi and Geeta Patel, along with producer Janet Fries Eckholm, to discuss the themes and inspirations behind Meet the Patels. 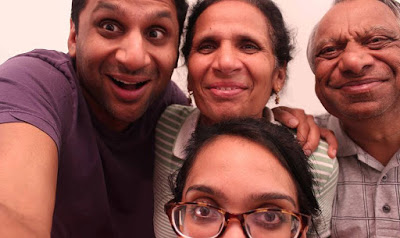 The initial genesis for Meet the Patels came when Ravi Patel was hosting an Indian Lawyer’s Association convention. “I just started talking about my parents trying to set me up with Indian girls. I was talking about biodata and all these things and everyone in the crowd was just dying laughing and afterwards they are all coming up to be being like ‘Oh my God, you got to do a comedy tour on this, you got to write a book on this. So, glad somebody’s talking about this stuff,’” says Ravi. “I asked them ‘How many of you are single?’ and everyone raised their hand. It turns out that this was just another weird device that was created for Indians to fulfill this requirement to meet other like-minded descending Indians.”
Afterwards, the Patels went on a family trip to India and Geeta Patel, who had just finished her documentary Project Kashmir, had brought her new camera along. “I had never really shot before, so I was trying to learn how to shoot and be a good director,” says Geeta. “The hilarity is that here I am, learning how to turn it on, and the mic’s in half the shots, I really don’t want to show this to anybody, this footage, and at the same time Ravi and I are having this conversation throughout the trip about the fact that he had just broken up with this white girl that my parents never knew anything about and that he’s being offered all these different introductions to women.” 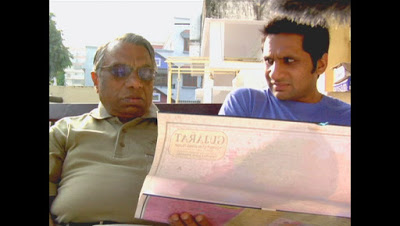 Ravi and Geeta came to realize that the supposed normal arranged marriage system in Indian culture came off as completely abnormal in the American culture they were raised in. “We thought ‘Wow, why don’t we actually use humour to address something that is quite serious?’,” says Geeta. “Serious being, we have grown up with stories in our community of people running away, because their parents want to arrange their marriage, people committing suicide, parents disowning their kids.” The goal Meet the Patels was to use humour to address this topic of arranged marriages and make it a film that Ravi and Geeta’s parents would be able to watch.
It was decided that Meet the Patels would stylistically be formatted like a romantic comedy. “We knew up front that we wanted it to be just something that anyone could watch and enjoy, without feeling like they are watching a documentary and a big part of that was giving it a narrative feel,” says Ravi. “We were really inspired by The Cove, which they took the heist narrative and they laid it on top of the documentary format. So, we said what if did that for a romantic comedy, where we took a romantic comedy narrative, the structure of it and the archetypes, and we find a way to pair that up with our film? And so, if you look at our film structurally, it fits a romantic comedy narrative film almost perfectly and the archetypes fit almost perfectly. The only real difference is that instead of it being a love story between a boy and a girl, it’s a love story between a boy and his parents.” 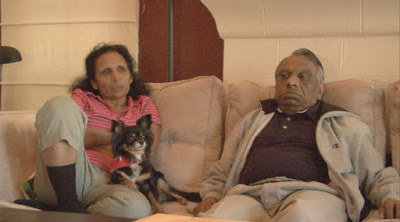 It took a total of six years to shoot Meet the Patels, much of which was spent following Ravi around with the camera. “You never know when something’s going to happen, so we lived shooting for like four years,” says Geeta. “Constantly, the camera was just following Ravi around and at the same time, we were in the editing room,” It looks around four and a half years and 25 different cuts for Ravi and Geeta to come up with the final version of Meet the Patels. “Part of it is just luck,” says Ravi. “We had the story work out the way it did, in that we have our parents in the movie, who it turns out are perfect characters for a romantic comedy film. That stuff we couldn’t have really written.” 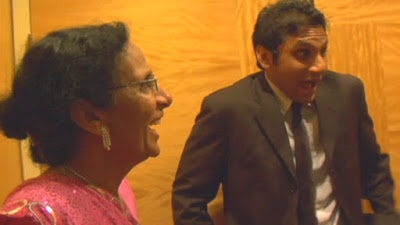 Meet the Patels also tackles the issues of Indian cultural identity versus American culture, which lead to some surprising results. “What I realized actually was more of the similarities,” says Ravi. “I think that was part of my journey and that this was much more about having an honest relationship with my parents, then it was about a guy who was in like a rock and a hard place, between his culture.” It was also discovered that arranged marriages aren’t exactly loveless ones. “All the movies and all the messages seem to suggest arranged marriages are not romantic and one of the reasons we made this film is that we aspired to have the relationship our parents have,” says Geeta. “They are so in love and their story of being arranged and then falling in love is so romantic and you look at the divorce rate in America and our generation versus our extended family, they’re all in happy marriages. They really are in happy marriages, our extended family, and they all were arranged or found each other through the semi-arranged marriage system.”
Ravi also makes note of the differences between cultures involving the three major elements to a successful relationship, which are chemistry, compatibility, and commitment. “With western model of marriage, there is a greater emphasis on just chemistry, chemistry meaning love, but not as much on compatibility and commitment,” says Ravi. “The thing with Indian marriage is they don’t care about love to begin with, they just focus on compatibility and commitment. Compatibility is what they sort out with all the biodata and all the interviews and stuff and commitment is just this idea that this is how it’s done and there’s no way out and then the chemistry actually comes after that, because of the former two. So, it’s just a different way of looking at it and it’s interesting, because you realize that both models lead to good things.” 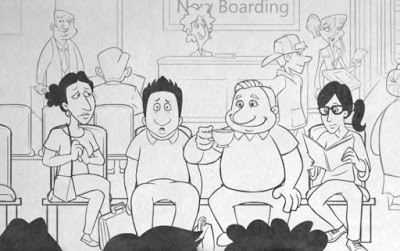 A notable aspect of Meet the Patels are the animated interviews and re-enactments. These sections out of the film came out of necessity, since it was decided that some of the more private moments would not be filmed, out of respect for those involved. “The question was how could we not film these moments, but since they are still super important to the story, how can we still bring them to life in a way where you not only don’t miss them or feel like we’ve lessened their value, but rather increase the value,” says Ravi. “We hope that that’s what we accomplished with the animation, especially the style that we did it in. It was actually an attempt to add more life to these moments and make them seem interesting and real.”
It took many different attempts to find something that worked and Ravi and Geeta eventually brought on Janet Fries Eckholm, who worked on the animations in the film American Splendor, to help out with developing the animated sequences of Meet the Patels. “Our first animator really got the humour, really got the family, but the style was never going to work with the movie,” says Eckholm. “The second animator had a great sketchy style, but couldn’t stay with the characters and then finally we had found a house that could take the best of that and put it all together.  A lot of honing to get it to feel as natural as the rest of the footage, because anything that you create is obviously not as natural as something that just happens.”
To conclude the discussion, Ravi Patel makes some notes about the ultimate meaning of Meet the Patels. “We think this movie is a family film about love in families,” says Ravi. “There’s also the double meaning, where I am meeting a lot of Patels. And you are getting to know the Patels, you are learning a lot about Patel culture, so it just made a lot of sense. And then we hope that people see Patels in the title and they think to themselves ‘Oh, I know one of those people.’”
Meet the Patels is now playing through to November 12 at the Bloor Hot Docs Cinema