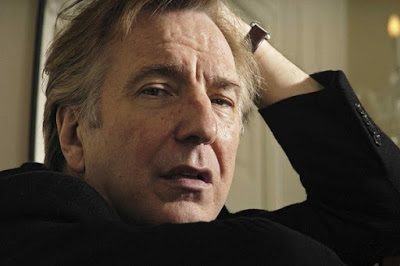 It has definitely been a rough start of the year. Following the deaths over the last couple weeks of Motörhead’s Lemmy Kilmister and David Bowie, it has been reported that actor Alan Rickman has died of cancer at the age of 69, which is ironically the same age and cause of Bowie’s death less than a week ago. Alan Rickman is most famous for his villainous roles, including Hans Gruber in Die Hard, The Sheriff of Nottingham in Robin Hood: Prince of Thieves, and Judge Turpin in Sweeney Todd: The Demon Barber of Fleet Street. His other notable roles include Alexander Dane/ Dr. Lazarus in Galaxy Quest, Metatron in Kevin Smith’s Dogma, and Severus Snape in the Harry Potter series. Alan Rickman will most definitely be missed.

Now for some clips from throughout Alan Rickman’s career.


Harry Potter and the Philosopher’s Stone (2001)