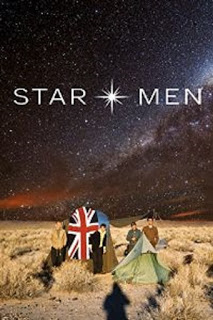 Donald Lynden-Bell, Roger Griffin, Neville Woolf and Wal Sargent are four British astronomers who have known each other since they all began working at the California Institute of Technology in 1960. The four are considered superstars of astronomy, with all of them being active during the most productive period of the field. On the 50th anniversary of their friendship, these astronomers get together for a nostalgic road trip through the southwestern United States.