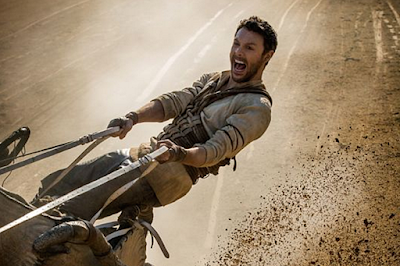 1959’s Ben-Hur was a highly acclaimed biblical epic, which went on to win 11 Academy Awards, including Best Picture and Best Actor for Charlton Heston. However, since the kids these days probably won’t go out to see a 57 year old film, it is probably for the best that Ben-Hur be remade into a modern action spectacular, with probably an even bigger chariot race!. Granted, the 1959 film was a remake itself, since there was previously a silent film from 1925. Even so, it does seem sacrilegious to remake an Oscar winning classic such as Ben-Hur, since it sends the message that nothing is sacred when it comes to studios’ desire to remake familiar properties. Even more disheartening is how this remake, starring Boardwalk Empire‘s Jack Huston in the titular role, doesn’t really seem all that different from every other CGI-heavy epic being made today. The film comes out in August and chances are that I’ll probably be skipping it.