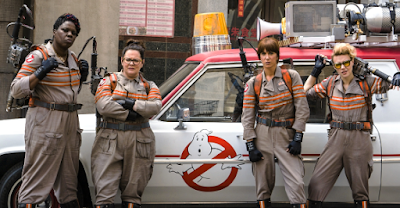 The first trailer has arrived for Paul Feig’s all-female reboot of Ghostbusters. There have been efforts to create a third sequel for quite some time now, even though the 2014 death of Harold Ramis ended up being the final nail in the coffin at the possibility of reuniting the old team. This new Ghostbusters makes the bold choice of a complete gender swap, with Kristen Wiig and Melissa McCarthy heading up the new team. I will say straight up that this new film features much more broader humour than the original and the new CGI ghosts are not as great as the puppets used in the original (though it is great catching a glimpse of Slimer). That all said, this new Ghostbusters still looks completely watchable and I will probably check it out when it opens July 15.