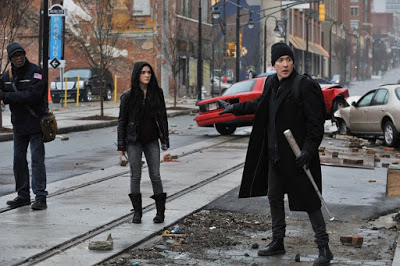 John Cusack and Samuel L. Jackson stars in this adaptation Stephen King’s 2006 novel about people turned into violent zombies from a pulse through cell phones. I read the original novel a few years ago and I can say that I enjoyed this unique apocalyptic tale, which can be seen as an allegory about our addiction to technology. That said, this trailer does somewhat reveal that cellphones turning people into zombies is an inherently ridiculous premise. However, with John Cusack and Samuel L Jackson reuniting from previous Stephen King adaptation 1408, this will still be a film that I consider checking out when it opens on July 8.