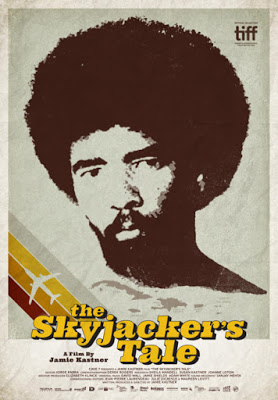 An escaped convict living in exile in Cuba tells his story in The Skyjacker’s Tale. In 1972, eight people were murdered on a Rockefeller-owned golf course in the US Virgin Islands. Local black radical Ishmael LaBeet is one of those charged and convicted for the murder, with him sentenced to eight lift sentences, plus 90 years. As his efforts to overturn the verdict fail, LaBeet takes matters into his own hands and hijacks a plane to escape into Cuba, where he has lived in exile ever since.

The Skyjacker’s Tale is a film that tells the story of Ishmael Muslim Ali (formerly LaBeet), who has been a fugitive from the United States for more than three decades. After spending twelve years in jail for a crime that he maintains that he never committed, Ali desperately hijacked a plane into Cuba on New Year’s Eve 1984. After serving time for the hijacking, Ali has lived as a free man in Cuba, but as relations with the US improve, there might come a time when Ali extradited to serve his time.

At the core of the story of The Skyjacker’s Tale is the sociopolitical status of the US Virgin Islands in 1972, where the mostly black population lived in poverty, while wealthy white Americans used the island as a vacation spot. Since all but one of the victims of the “Fountain Valley Massacre” were white, it was automatically assumed to be a racially motivated crime, with Ishmael LaBeet and his fellow revolutionaries being the only suspects of this crime.

Whether or not LaBeet was guilty or innocent of this crime, it is quite obvious that he never received a fair trial. Not only was he and his co-defendants reportedly tortured into confession, but the judge of the case was completely unsympathetic to the defendants and delivered his sentence mere minutes after the verdict is delivered.

There is definitely a moral grey area when it comes to Ishmael Muslim Ali, since even though he maintains his innocence of one crime, he still committed another crime in order to escape custody. The Skyjacker’s Tale utilizes reenactments to play out the events of the hijacking, which involved Ali sneaking a gun onto the plane. While the story of the film is interesting, it can be said that The Skyjacker’s Tale is a little tonally inconsistent at times, with the reenactments coming off as unnecessarily campy.

Whether or not you end up believing Ishmael Muslim Ali is innocent or guilty of the murders he was convicted of, The Skyjacker’s Tale is still an interesting true crime tale.