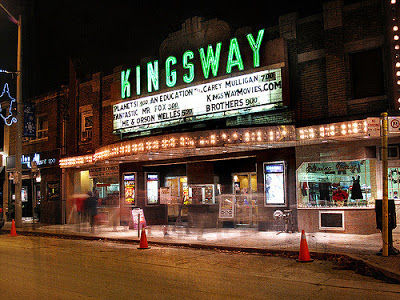 Dear Reader,
On November 24, 2017, I received an e-mail from a Mr. Rui Pereira accusing me of slandering him in this post and threatening to take legal action if I did not take it down. Even though I believed that I am protected under the Canadian Charter of Rights and Freedoms, which states that everyone has the fundamental “freedom of thought, belief, opinion and expression, including freedom of the press and other media of communication,” I ended up indeed pulling this post down, since I did not want to deal with the stress that a feud with Rui Pereira would cause.


However, soon after removing a post, a friend of mine, whose opinion I trust, heavily criticized me for caving in to Rui Pereira’s bullying scare tactics. As a result, I am reposting this opinion piece completely unedited. I want emphasize that this piece represents MY PERSONAL OPINIONS on Rui Pereira and how he is running the Kingsway Theatre. You are free to AGREE OR DISAGREE on these opinions, but please note that the intention of this piece is NOT about slandering Rui Pereira or encouraging people to boycott the Kingsway Cinema.


I never thought that I would find myself writing about Rui Pereira ever again. Longtime readers would know that a closely followed and wrote about Pereira’s restoration and reopening of the Humber Cinema back in 2011. The story ended on a sour note as Pereira’s mismanagement of the cinema resulted in him being locked out of the cinema, which has since gone to flourish for five years without him. When I last wrote about this matter, I had effectively washed my hands from everything to do with Rui Pereira and I vowed never to write about him again. Then he had to make the news again. 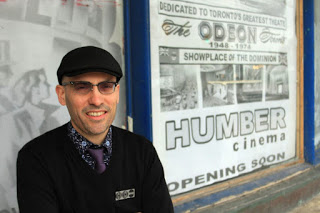 Rui Pereira shortly before the reopening of the Humber Cinema (photo credit: Toronto Star)
As the story goes, last Friday Canadian actress Wendy Olunike Adeliyi went to the Kingsway Theatre, which has been owned and managed by Pereira since 2009, to see the film Loving. Adeliyi was not allowed to enter the theatre with her schoolbag and reportedly Pereira proceeded to called the police and say “a black woman is threatening us”.

This incident has brought Rui Pereira and the Kingsway Theatre back into the mainstream spotlight, as outlets such as the CBC and Toronto Star have provided coverage on this incident. Rui Pereira has hit back against Wendy Olunike Adeliyi, claiming that it was she who has acting in a threatening manner and that she is generating a “false narrative” about this incident.

I never went to the Kingsway Theatre as much as I would have liked to. In fact, I don’t think I started seeing films at the Kingsway until around 2005. Ironically, it was in June of 2006 when it was announced that the Kingsway Theatre, which first opened its doors in 1939, was set to close down, along with the Revue and Royal cinemas. I remember going to the “final” Kingsway screening on June 30, 2006, which consisted of a double bill of Raiders of the Lost Ark and Casablanca. In fact, I didn’t stay for the second show, since the line went around the block.

Ironically, all three cinemas that closed in 2006 would go on to reopen under new owners. The Royal was taken over by Theatre D Digital and the Revue was resurrected by the community-run Revue Film Society. The Kingsway was the final cinema to reopen in 2009, after being closed for more than three years.

As reported at the time, the Kingsway Theatre was acquired by Toronto-based communications company SwitchWorks Technologies. Rui Pereira was SwitchWorks’ Internet television director, who was made the manager of the reincarnated Kingsway. After three years of relative success running the Kingsway, Rui Pereira set his sights on the long-dormant Humber Cinema and the rest is history.

Now back to the incident from last Friday. I don’t want to participate in the blame game that has been going on, but I am left scratching my head why the theatre even has a “no bags” policy in the first place. Presumably, this is in place so patrons don’t sneak food or alcohol into the theatre, however there are now multiple licenced cinemas in Toronto and none of them ask you to check your bags at the door. On a personal note, I often carry a bag with me when I attend festival screenings and such, which would contain my notebook, writing utensils, and anything else I would need. It would be a huge inconvenience for me to check that bag before every festival screening I went to. This is specifically in reference to the fact that the Kingsway was a Hot Docs community venue a few years ago.

There is no real reason why I didn’t go back to the Kingsway after it first reopened in 2009. In fact, part of the reason that I didn’t go back was that it was somewhat out of the way for me to get to. Then the who fiasco happened involving the Humber Cinema and I haven’t felt bothered to give a pompous jerk like Rui Pereira my time and money, when there are other perfectly good cinemas in the city, which respect the patrons (i.e. The Royal).

It’s a real shame that I can’t bring myself to ever attend the Kingsway again, since it is one of the few historic cinemas remaining in Toronto, with the theatre often having screenings that you can’t see anywhere else. However, it seems that now the Kingsway Theatre is going to be remembered for being run by a tyrant of a manger, who isn’t afraid to pick fights with anyone who crosses his path. It’s a real shame, since the cinema is now only a short bus ride for me to get to.

On one final point, I should add that I am indeed aware that there is a Reddit thread, where the Kingsway staff member gives her side of the story. However, I am also aware that Rui Pereira has been making increasingly confrontational posts on the Kingway’s facebook page, with one of the most recent ones demonstrating that he seems to be a supporter of Donald Trump’s “fake news” narrative, while taking a swipe at the Oscar winning documentary The White Helmets. 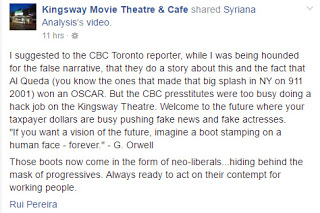 If nothing else, that post just proves my points about Rui Pereira and how he is doing more damage than good for the reputation of this West End cinema.