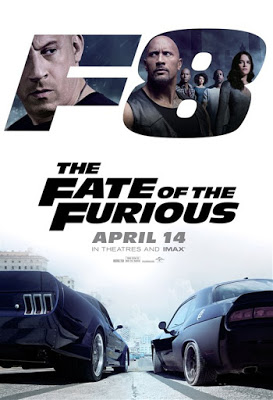 Dominic Toretto seemingly turns his back on family in The Fate of the Furious. While on honeymoon in Cuba with Letty Ortiz (Michelle Rodriguez), Dominic Toretto (Vin Diesel) is approached by cyberterrorist Cipher (Charlize Theron), who blackmails Dom into betraying his family, which he does while performing a job for Luke Hobbs (Dwayne Johnson). After the betrayal, Hobbs, Letty and the other team members, including Roman (Tyrese Gibson), Tej Parker (Ludacris), Ramsey (Nathalie Emmanuel), and former nemesis Deckard Shaw (Jason Statham), are recruited by intelligence operative Mr. Nobody (Kurt Russell) to track down Cipher and see what she has on Dom.

It has now been 16 years, since Paul Walker and Vin Diesel first starred together in The Fast and the Furious, which has now generated seven sequels. While the series has defied all odds an remained profitable all this time, there is the inevitable point that the series is going to run out of gas (pun intended). Following the tragic death of Paul Walker and the heartwarming departure of his character Brian in Furious Seven, it seemed like the right moment to say goodbye to this series. However, as it turns out, the gang is back for an eighth outing.

An obvious sign that the series is starting to run out of ideas is the decision to turn lead character Dominic Toretto villainous. However, it is obvious from the start that the film isn’t going to go all in with this plot swerve, since is immediate apparent that Dom is being forced to go turn on his family against his will. As such, the question for much of the film is not if, but when Dom will return to the light side and fight back against his blackmailer.

Over the series’ long history, the Fast and Furious films have assembled a large cast of characters, who often return for future installments. Being upgraded from villain to anti-hero for this outing, Jason Statham’s Deckard Shaw arguable steals the film, particularly during one of the most  ridiculously entertaining gunfights you would ever see. In fact, even though the shelf life of this series seems close to the expiry date, the ridiculous action remains incredibly entertaining to watch. Where else will you get to see a chase scene involving sports cars, a tank and a submarine on a glacier?

While this series may have passed its peak, The Fate of the Furious still remains an entertaining action film.