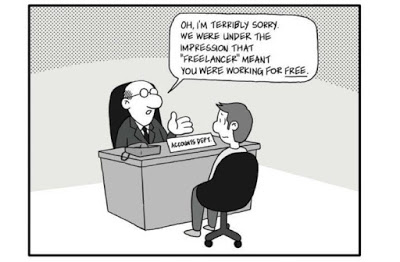 It has been nearly thirteen years since I put pen to digital ink and started the film blog that you are reading now. In that time period, I have gone from a unemployed 22 year old with a Computer Programming diploma to an unemployed 35 year old with a Film Studies degree. However, am I really unemployed? It turns out that I am working very hard producing content for this site, I just don’t really have anything to show for it. That is the sad truth of being a freelance writer about film.

Observational readers might have noticed that I have recently set up a page on the site Patreon, which in its most simple description is a crowd sourcing site for creators. On Patreon, readers can become patrons and commit to donate an amount of your choice every month, with you getting access to exclusive content based on your level. In theory, this will allow the creator to earn an income they wouldn’t otherwise be making.

On paper, I thought that joining Patreon would be a great idea, since it can be a way for me to get a return for the hard work I put into this site. Of course, this isn’t my first effort at monetizing Sean Kelly on Movies. In fact, for much of the site’s existence I have been a member of the Google AdSense program. However, advertising is a dirty word to most people on the internet and in all these years, I have yet to earn enough through AdSense to receive payment. The same can be said for the various affiliate programs I am a member of.

I suppose many people are thinking right now that I should just get myself a day job in order to pay the bills. The simple answer is that if I could I would. However, not only do I have many of the employment challenges faced by most millennials, I also have the added challenge of trying to find a job as someone diagnosed with Asperger’s Syndrome. Having Asperger’s makes every aspect of the job search all the more difficult for me, with job interviews being an area I particularly have trouble with.

To compensate for not having paid employment, I am a member of the Ontario Disability Support Program. Through ODSP, I receive a monthly income support payment, which is used to cover my basic living costs. However, the amount I receive each month isn’t really enough for me to plan for the future. In fact, I had to cancel plans to return to Montreal this year for the Fantasia Film Festival, since I needed the money I would’ve saved up for the trip elsewhere.

In a roundabout way, this whole editorial is my effort to explain why you should commit a few dollars and become of patron of Sean Kelly on Movies. In addition to helping with my daily living costs, receiving income from patrons will also help me afford to improve the site. Since the beginning, Sean Kelly on Movies has been hosted for free on Blogger, with me currently only paying for the domain and podcast hosting. It is my ultimate goal to move Sean Kelly on Movies to a WordPress-based server, though I would need money to cover the hosting costs.

Also, money from patrons can help me to make trips to visit film festivals outside of Toronto. In addition to me wanting to return to Montreal for Fantasia, I also hope to visit other film festivals, such as Sundance or Tribeca, which will require a lot of money I don’t currently have. Money from patrons would also help me subside the smaller costs, such as paying for tickets to the films I review.

There is no minimum amount to become a patron, even though you will need to pledge at least $5 a month to get the lowest reward, which is exclusive access to the unedited audio of the interviews I conduct. I have also set a goal of $500, which if met will result in me removing most of the ads from the site.

While it might be only a pipe dream to hope that people help me earn an income for my writing, it doesn’t hurt to ask.