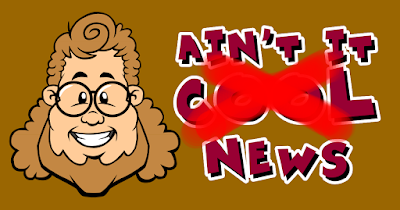 Over the weekend, IndieWire reported that Austin-area woman Jasmine Baker has spoken out about an alleged sexual assault that was committed against her by Ain’t It Cool News founder (and Fantastic Fest co-founder) Harry Knowles that occurred at an Alamo Drafthouse event two decades ago. This news comes to light in the middle of a ongoing controversy surrounding the Alamo Drafthouse secretly rehiring former Birth.Movies.Death editor-in-chief Devin Faraci after he was accused of sexual assault. In fact, it was just a few days prior to this report that IndieWire reported that Ain’t It Cool News was relinquishing their sponsorship of Fantastic Fest. However, these new allegations seem to support the accusations made by resigned Fantastic Fest programmer, and Screen Anarchy founder, Todd Brown comparing Fantastic Fest and the Drafthouse to the “geek friendly equivalent of the classic Old Boys Club.”

Embed from Getty Imageswindow.gie=window.gie||function(c){(gie.q=gie.q||[]).push(c)};gie(function(){gie.widgets.load({id:’gwGa98YvQtFgwGeWJJ8l5Q’,sig:’-Nma1r1AuScZ19XBbzWEosg6oeVWMaWnm8TN45-kXDQ=’,w:’594px’,h:’396px’,items:’472818688′,caption: true ,tld:’ca’,is360: false })});
Now, before I go any further with this editorial, I am going to back up a bit and relate some of my history with Ain’t It Cool News. Years before I started writing about film, I would read about film on various websites. The granddaddy of these was Ain’t It Cool News, which was arguably the first major movie blog, long before the term was commonplace. The site was founded in 1996 by Austin, Texas movie geek Harry Knowles, who started using the internet while he was recovering from a 1994 back injury. Ain’t It Cool News established many elements now commonly used by online film writing, particularly the ability to allow readers to comment on posts. Along with “HeadGeek” Harry Knowles, Ain’t It Cool News features a staff of pseudonym sporting contributors, such as Steve “Capone” Prokopy, Eric “Quint” Vespe, and Drew “Moriarty” McWeeny, the latter of whom left the site in 2008. I even became personally acquainted with Toronto-based AICN contributor Erik “Anton Sirius” Siegrist through our mutual love of karaoke.

Now, back to the allegations from this past weekend and what it means about the future of Ain’t It Cool News. Those who see a photo of Harry Knowles would know that he visually represents the geek stereotype, as an overweight and somewhat odd looking ginger haired man. Even though he came to be considered a film critic, Harry Knowles never really reviewed films, rather than just have immense “geekgasms” over them. In fact, it can be argued that Harry Knowles became more well known for the events he hosted in collaboration with the Alamo Drafthouse, which includes his infamous “Butt Numb A Thon,” in celebration of his birthday every December. In fact, I know some people in Toronto, who regularly make the trek to that event.

It was at one of these Drafthouse events in 1999-2000 where Jasmine Baker alleged that Harry Knowles rubbed up against her buttocks and legs in a way that made her uncomfortable. Knowles was quick to deny these allegations on Twitter, but Baker was quickly defended by people online, such as film critic Scott Weinberg:

I know Jasmine, @headgeek666. She’s no liar. I also know other women you’ve groped, propositioned, and made uncomfortable. So keep talking.. pic.twitter.com/Iv3OhscUTj

Probably more disgusting is the fact that many people started to make connections between these allegations and the very sexual and objectifying language Harry Knowles often used in his posts (reader discretion is advised):

Stunned at the possibility that Harry Knowles might be a disgusting pig. pic.twitter.com/VGOa3JeLdi

Harry Knowles is the guy who got excited about Heroes character’s healing ability meaning she’d forever be a virgin. He was always a creep. pic.twitter.com/bXAwnqc7dl

Harry Knowles on Charlie’s Angels, a passage that has stuck with me since 2000. pic.twitter.com/1QvVrxnUAA

Harry Knowles turned out to be a creep, you say? What a surprise! His writing has never hinted at it. pic.twitter.com/sqccPMnrmG

When this news came to light, I was very quick to unfollow Harry Knowles from social media, since it is now more apparent than ever that the guy is a scumbag. However, the future of Ain’t It Cool News is more complicated than that. Even though the site is no longer the powerhouse it once was, it still has a dedicated staff of writers, many of whom are probably innocent of any wrongdoing. At the very least, I hope that they still get to do what they love.

However, I am concerned about what repercussions the very public downfall of Harry Knowles will have in regards to both online film criticism and geek culture as a whole. While Devin Faraci already did his fair share of damage, Harry Knowles was already a walking, talking stereotype of everything negative that people view a geek to be. Probably the most damaging aspect of Harry Knowles being accused of sexual assault is that nobody was really all that surprised by the news. Of course that overweight film geek from Texas was creepy pig!

However, for the last number of years, I have dubbed myself the self-described über-geek and I am proud to be a part of geek culture. I fear that these allegations against Harry Knowles will once again result in geeks like me to be marginalized by society and be viewed as something we are not. As such, I shall conclude by stating on behalf of all geeks that we are not all sexist jerks like Harry Knowles and his actions just plain disgust me.