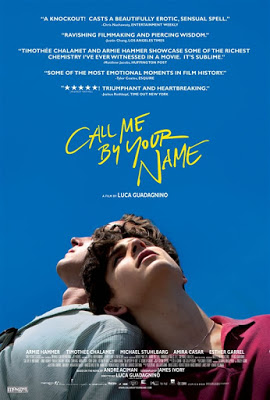 A teenage boy develops a relationship with his father’s research assistant in Call Me by Your Name. Elio (Timothée Chalamet) is a 17 year old boy living with his archaeologist father (Michael Stuhlbarg) and mother (Amira Casar) in Northern Italy. In the summer of 1983, graduate student Oliver (Armie Hammer) comes to live with the family, as an assistant to Elio’s father. While their relationship is initially somewhat distant, over the course of the summer, Elio begins to build a strong attraction towards Oliver.

Call Me by Your Name is the latest film by director Luca Guadagnino (A Bigger Splash) and screenwriter James Ivory, based on the 2007 novel by André Aciman. The story focuses on a Jewish Italian-American teenage boy, who has a sexual awakening over the course of the summer of 1983. When the story of Call Me by Your Name begins, Elio is already in a budding relationship with a local girl named Marzia (Esther Garrel). However, when Oliver arrives and the two begin spending time with each other, Elio begins to find himself increasingly attracted to his father’s research assistant. This soon develops into relationship that will Elio some important life lessons.

Even though Call Me by Your Name centres around a homosexual relationship, I do have to say that the film tackles themes that can be relatable to people of all sexual orientations. In fact, it is apparent that Elio hasn’t exactly nailed down his own sexual identity. For much of the first half of the film, Elio is pursuing an increasingly sexual relationship with Marzia, while at the same time developing an attraction towards Oliver. When it becomes apparent that Oliver too is attracted to Elio, the begin a short but passionate love affair that sadly has an expiry date, since Oliver has to return to America at the end of the summer.

Call Me by Your Name is a film about both the excitement of finding your first love and the pain of when it has to end. Even though I am a straight male, watching this film made me a bit emotional, since I still have painful memories of my first relationship, which ended way too soon. A key scene towards the end of the film is a heart-to-heart given to Elio by his father, who says that it is OK to feel pain and heartbreak over the loss of someone you were close with.

It is left somewhat open-ended where Elio goes following the events of film. The film does offer a number of possibilities and Luca Guadagnino has even expressed interest in producing a follow-up that has Elio and Oliver reuniting several years down the road, not unlike Richard Linklater’s Before Trilogy. However, in some ways, I would prefer just looking at Elio’s face in the final shot and building what happens next in my mind.