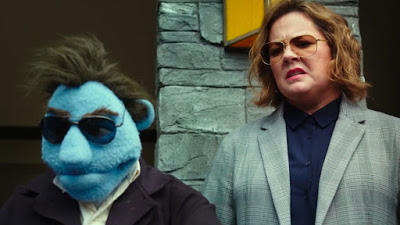 Last week, a trailer dropped for a new R-rated buddy cop film (with puppets) directed by Brian Henson (the son of Jim). The film is the first feature from “Henson Alternative,” which is a subsidiary of the Jim Henson Company focused on more adult-oriented projects. The Happytime Murders, which has been under development for a decade, stars Melissa McCarthy as Detective Connie Edwards, who teams with puppet private investigator Phil Phillips (Bill Barretta) to solve a series of puppet murders. As seen in this red band trailer, The Happytime Murders is NOT A KIDS FILM. With foul language, drug use, and sexual content, The Happytime Murders is a film that is almost sure to traumatize at least one child with naive parents. It will also likely cause you never to view silly string the same way again. However, I’m on board for The Happytime Murders and will likely check out the film when it opens on August 17.

Warning: This is a Red Band trailer with adult content. VIEWER DISCRETION IS ADVISED