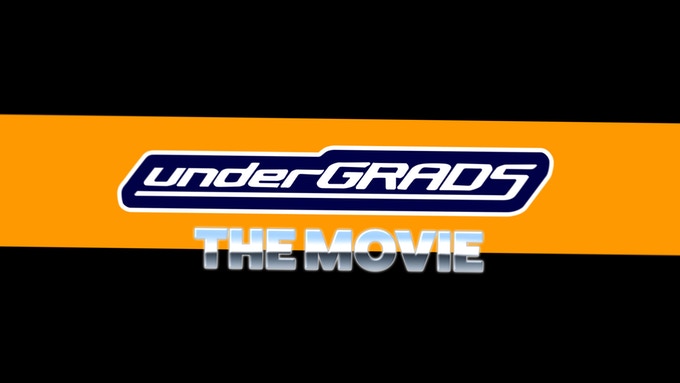 Welcome to my new “Crowdfunder” column, where I will periodically feature crowdfunding campaigns that interest me. First out of the gate is the freshly launched Kickstarter campaign for Undergrads: The Movie.

For those of you who aren’t aware, Undergrads was a college-set animated series produced for MTV in 2001, based on creater Pete Williams’ real college experiences. While the show was abruptly cancelled after one season, it quickly developed a cult following, thanks in no small part to Teletoon here in Canada, who for years aired reruns of the show in its “Teletoon at Night” block, which is how I discovered the show around 2003.

The cult following of Undergrads has resulted in Pete Williams getting the film rights from MTV, in order to create a feature length film of Undergrads, which would feature a resolution to the show’s cliffhanger ending. The Kickstarter for Undergrads: The Movie launched yesterday, with the campaign aiming towards earning $150,000 to cover the initial post-production of the film and prove to investors how devoted the Undergrads fanbase is.

And that fanbase is indeed devoted, since as of this writing, the Undergrads: The Movie campaign is already about one third towards its goal. The campaign features the typical perks, such as getting a digital version of the film and your name in the credits, however there are some fun high-end perks, such as having an animated version of yourself make a background cameo.

The Undergrads: The Movie Kickstarter campaign runs until November 8, 2018.