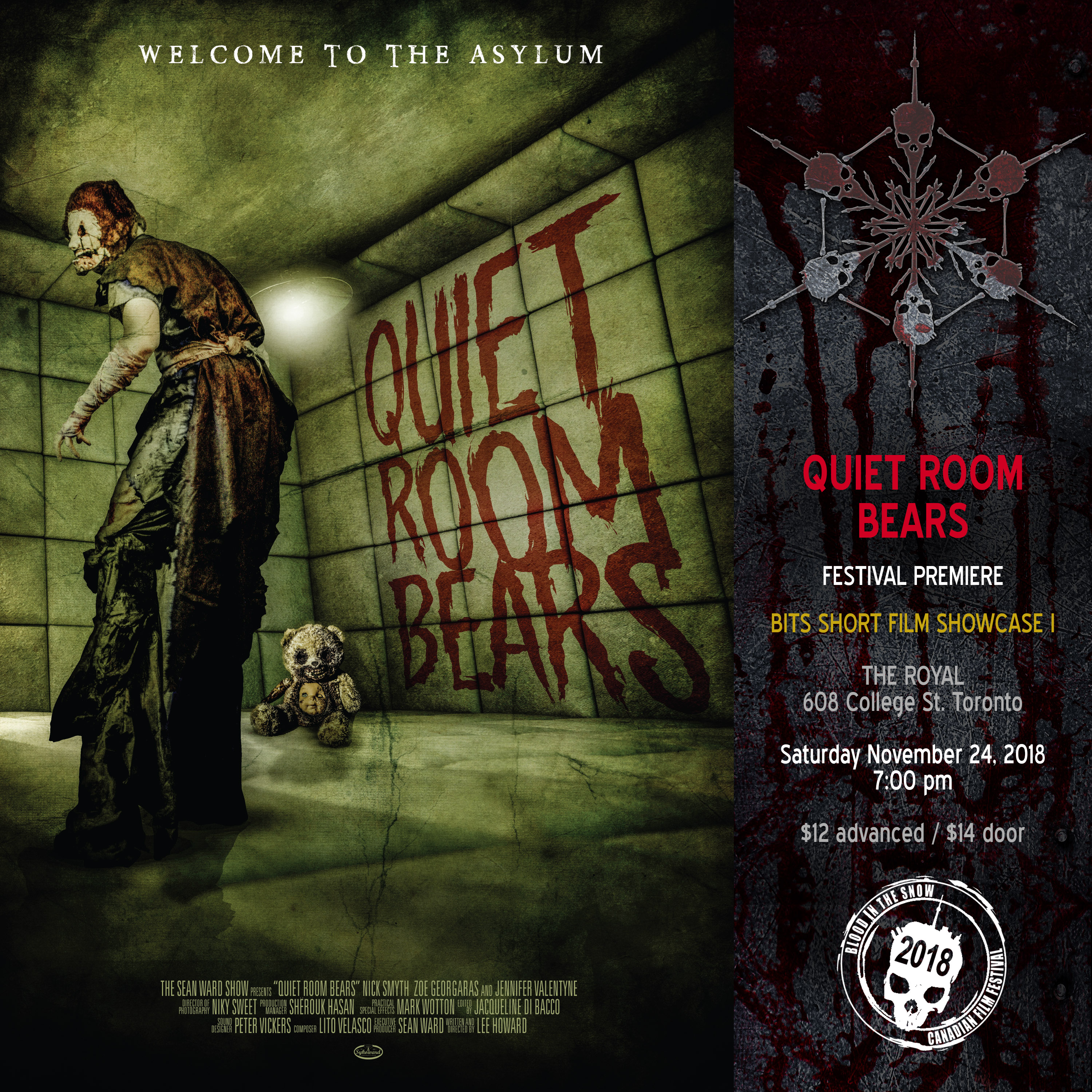 This is a very hard post for me to write. Yesterday evening was the first part of the Blood in the Snow 2018 Short Film Showcase. One of the shorts that was part of the showcase was Quiet Room Bears by Lee Howard, based on his line of teddy bears (such as the Toronto After Dark mascot Taddy). This was actually one of the shorts that I was most excited about seeing during the showcase. However, due to an incident that forced me to leave the screening, I have decided that my ability to objectively review Quiet Room Bears has been compromised and I have decided to not to watch or review the short at this time.

I do not want to get into too much detail about the incident, other than the fact that it involved a clearly intoxicated member of the entourage of Executive Producer Sean Ward, best known for his YouTube series The Sean Ward Show, which is infamous for introducing the world to Toronto Batman back in 2012.

I don’t personally hold anything against Lee Howard and I hope that I am able to see Quiet Room Bears in the future. However, as both accredited media and an alumni filmmaker of Blood in the Snow, I felt highly disrespected by Sean Ward and his entourage and I will now refuse to have anything to do with him or anything else to do with The Sean Ward Show.

As someone with very bad anxiety, this incident affected me greatly to the point I had to skip the 9:30pm screening of Montreal Dead End and all I can hope is that I can cover the remaining three days of Blood in the Snow without further incident.