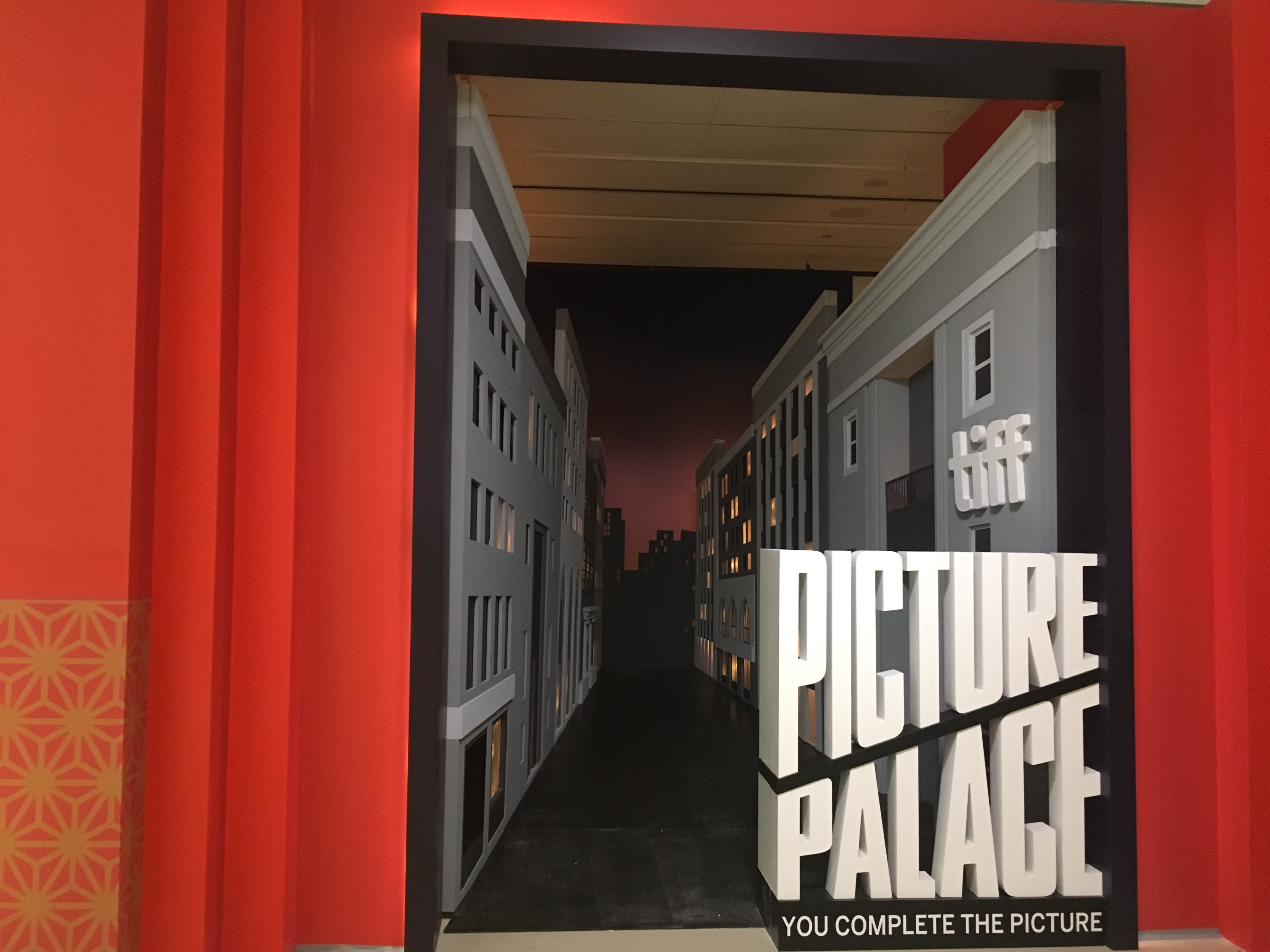 On March 2, 2019, the Toronto International Film Festival invites you to celebrate the magic of filmmaking with the TIFF Picture Palace. Curated by TIFF Artistic Director and Co-Head Cameron Bailey, the TIFF Picture Palace is the successor to TIFF’s interactive DigiPlayspace exhibitions children, with this new exhibition aiming towards on older crowd of 14 years or older.

While previewing the exhibition, I was immediately drawn towards a sound booth, which allows you to record either ADR or narration for a provided film clip. A nearby area allowed me try my hand at recording foley sound effects, which is a much more difficult task than you might expect.

One of the centerpieces of the TIFF Picture Palace is a professional camera on a dolly track, which you are to use to record people sitting on a pair of nearby chairs, with the live footage available on a nearby television screen. You can sit in front of a camera and try to recreate shots from famous movies or learn how to do a Bollywood dance.

The TIFF Picture Palace also has its own mini-cinema, which shows you a live King Street feed, with various shapes edited into you. You can also enter into a nearby room and see how various forms of lighting changes the mood of a scene.

Rounding off the things to do in the TIFF Picture Palace is the photobooth, which allows you have a photo taken of yourself, with option to add various filters, before getting the final photo e-mailed to you.

Overall, the TIFF Picture Palace is a fun exploration of the magic of filmmaking and it’s recommended that you check it out while it’s running at the TIFF Bell Lightbox from March 2 to July 28, 2019.