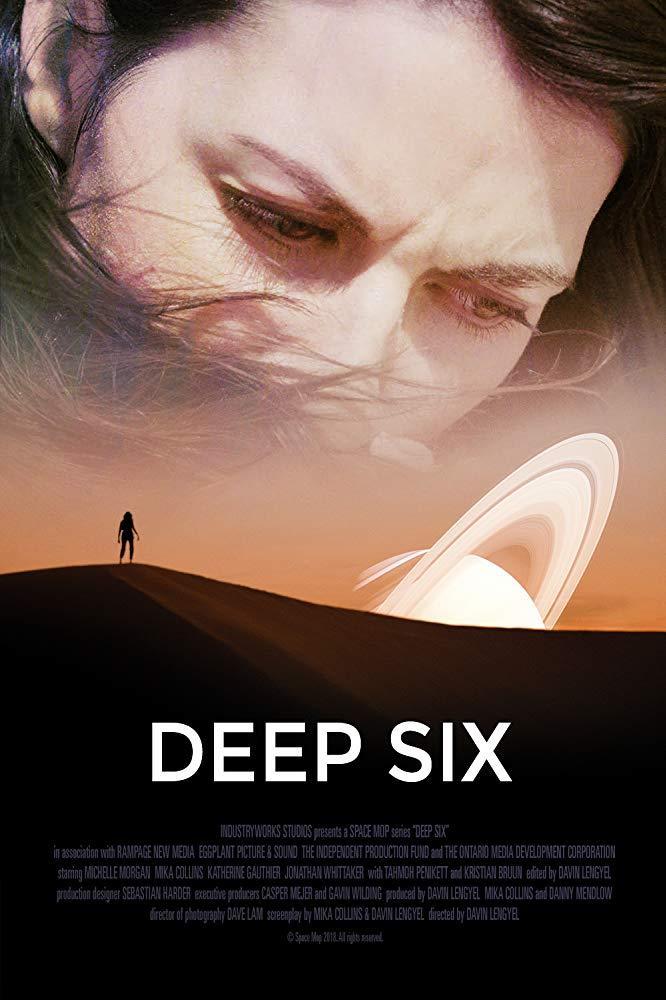 A group of astronauts are at risk of being stranded in deep space in Deep Six. The crew of The Terminal are the first astronauts to travel into deep space, on an extended mission to study microbial life. However, tragedy strikes when Wing Commander Duke Cagle (Tahmoh Penikett) is killed in action and Athea Hixon (Michelle Morgan) is reprimanded for recklessly trying to save him. With the transport capsule damaged, Nemain Briggs (Mika Collins) is sent on a dangerous mission to save the lives of the crew.

Deep Six is a feature-length cut of a six-episode web series from creators Davin Lengyel and Mika Collins, the latter of whom is also one of the lead actors. Deep Six features a number of familiar faces in the cast, including Kristian Bruun (Orphan Black), Olunike Adeliyi (Darken, She Never Died), and an opening scene cameo by Tahmoh Penikett (Battlestar Galactica). With The Terminal’s transport capsule damaged, the crew currently has no way to return home. With supplies running scarce, their only chance is to repair the capsule before it is too late.

I’m sure Deep Six works fine as individual 10-20 minute episodes but edited together as a feature film, the series is one dull science fiction odyssey that ultimately doesn’t really lead anywhere. I will give Deep Six points for its impressive production design, especially considering that this is a series developed for online consumption. However, ultimately I will reappropriate one of the notable quotes of the series and say that space may be hard, but so is Deep Six to watch.