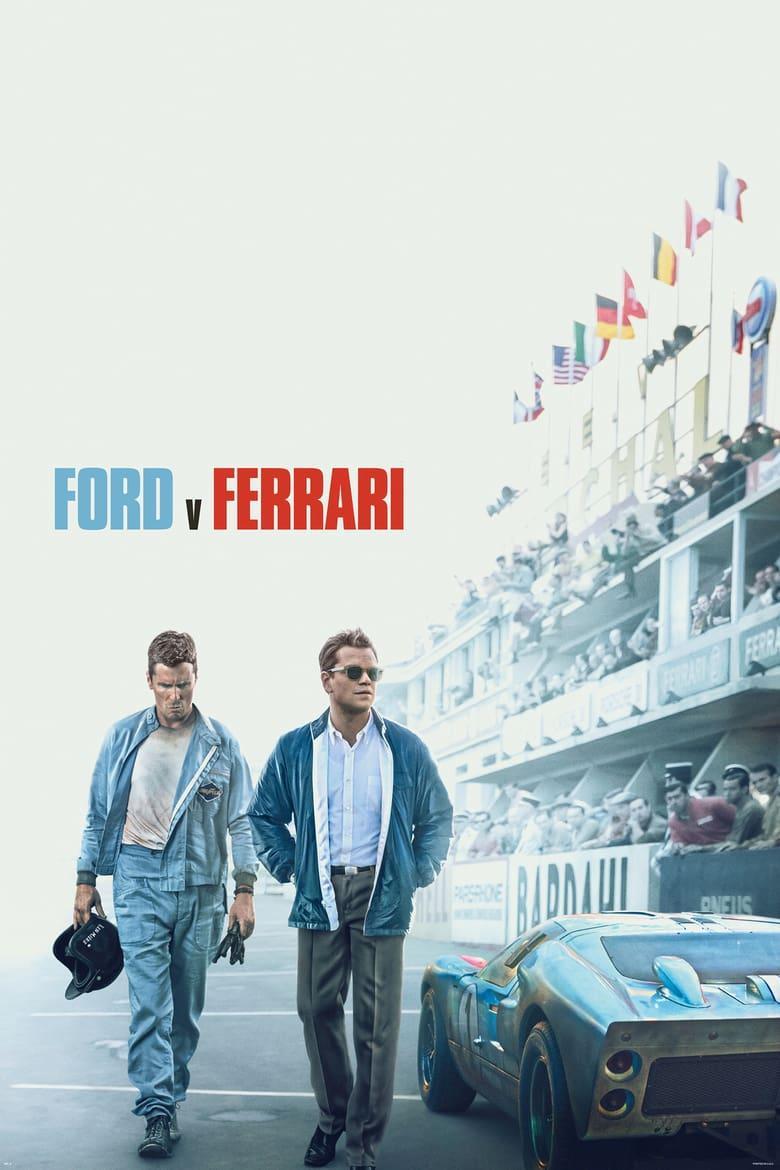 The Ford Motor Company sets out to build a racecar that can beat Ferrari in Ford v Ferrari. In 1963, following a failed acquisition attempt, Henry Ford II (Tracy Letts) commits himself to build a racecar that can beat Ferrari in the 24 Hours of Le Mans. Vice President Lee Iacocca (Jon Bernthal) hires Carroll Shelby (Matt Damon), a retired driver who won La Mans in 1959, to build the bar and Shelby enlist hotheaded driver and mechanic Ken Miles (Christian Bale) to assist. Struggling with a short timeframe and corporate interference from senior executive vice president Leo Beebe (Josh Lucas), Shelby and Miles try their best to have the Ford GT40 ready in time for the big race.

Ford v Ferrari is a biopic directed by James Mongold (Logan, Walk the Line) about the Ford Motor Company’s desire to beat their Italian competition Ferrari on the racetrack. The main battlefield for this showdown is the 24 Hours of Le Mans, a high endurance race in France, which Ferrari has won five years in a row. After a failed attempt by Henry Ford II and Lee Iacocca to buyout the cash-strapped Italian manufacturer, Ford decides to beat Ferrari at its own game and hires on manufacturing company Shelby American to develop a Ford racing car that is fast enough to beat Ferrari and Le Mans.

The title of Ford v Ferrari tells you all you need to know about a film that is part biopic and part high-octane racing film. In fact, it’s the racing scenes alone that make Ford v Ferrari a film that is worth seeing on the biggest screen possible, with the epic showdown at the 24 Hours of Le Mans being the centrepiece of the film, which definitely looks great on IMAX.

Of course, with a 2h 32m running time, there is a lot of movie that comes before the big race, as the central characters face many challenges to have the Ford GT40 ready for Le Mans. This includes the interference from the film’s de facto antagonist Leo Beebe, who early on has a personal dislike of Ken Miles and has no desire to have him represent Ford at Le Mans. In fact, I would say that Christian Bale’s character Ken Miles is true protagonist of the film who has the most character development, as he struggles to balance his love of racing with his desire to provide for his wife Mollie (Caitriona Balfe) and son Peter (Noah Jupe). On the flip side, Matt Damon’s character of Carroll Shelby is someone who is literally on the sidelines, though he does get his moments, as he fights for Ken Miles place on Ford’s racing team, which includes a humorous moment of Shelbey giving Henry Ford II a drive in the GT40.

Altogether, I would say that Ford v Ferrari is a solid biopic that is sure to satisfy those who love fast cars.

Ford vs Ferrari is Now Available