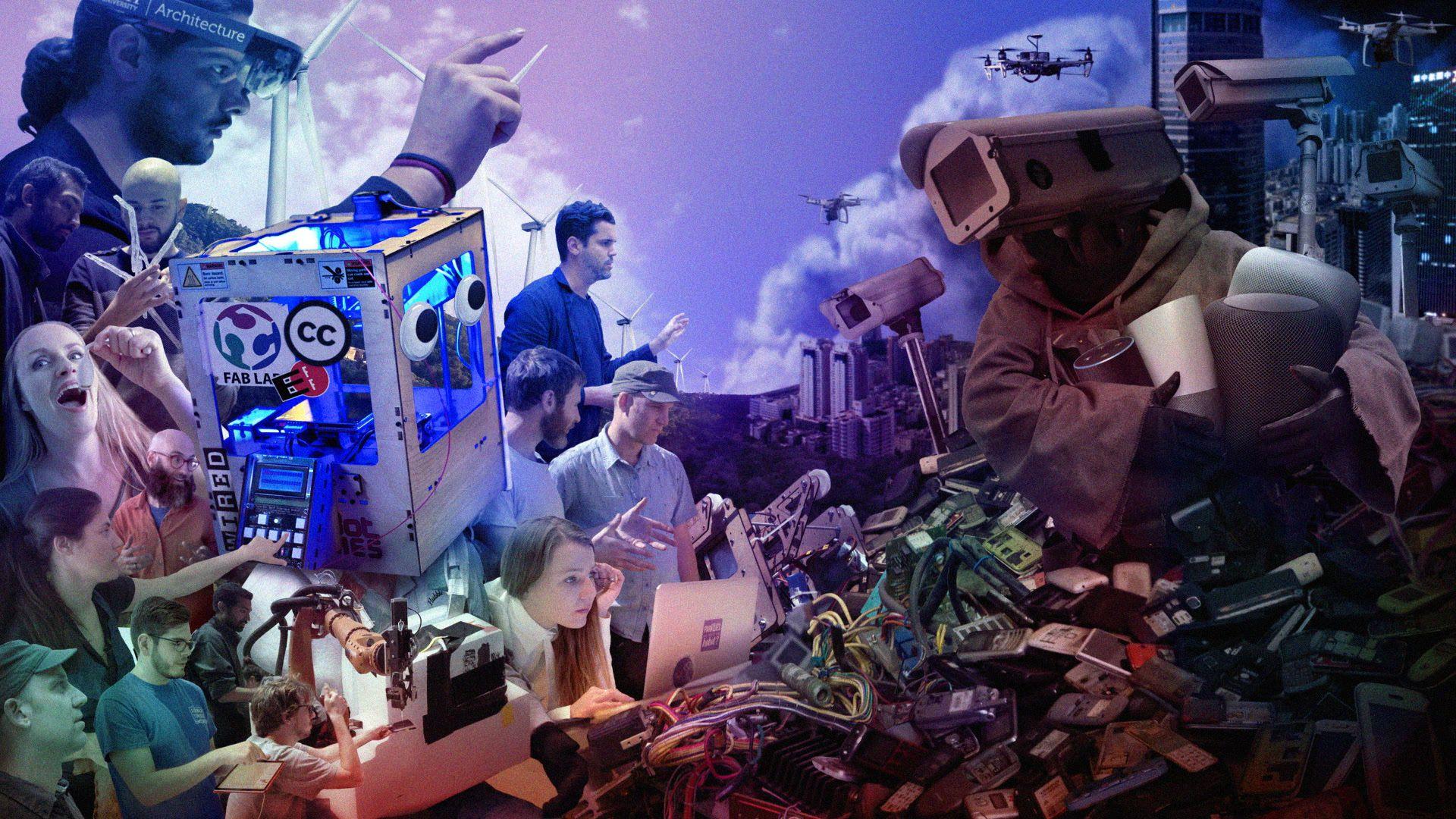 Documentarian Brett Gaylor examines out the increasingly connected world in The Internet of Everything. There was a time when the internet seemed like a fun and new way to connect together humanity. However, that all began to change when technology companies evolved into giant corporations, who are looking into new ways to connect the world online. Brett Gaylor explores the pros and cons of our increasingly connected world, which includes everything from smart toilets to entire cities powered by the internet.

The Internet of Everything is a new documentary by filmmaker Brett Gaylor (RiP: A Remix Manifesto), which examines the fact that we are now living in a time where everything that isn’t connected to the internet is about to be. In fact, the film begins with a trip to the Consumer Electronics Show and a tour of all the various smart devices in development, including a toilet that is connected to Alexa. One of these smart devices that returned to frequently in the documentary is KEGG, a Kegel device designed by Kristina Cahojova, which transmits fertility data to the cloud. The film also visits Shenzhen, the Chinese city the “internet built,” as well as various predictive technologies for law enforcement. The biggest question that arises from all these technologies is how much data you are willing to share for a more convenient life.

Probably one of the more memorable moments in The Internet of Everything is a scene that is showing current British Prime Minister giving alarmist and technophobic rant that I believe ends with a comment about Terminators coming back in time to kill us. While it is easy to fear a Skynet-like scenario, The Internet of Everything does make sure to point out that we are merely in the middle of a third industrial revolution, with digital technologies and renewable energy being developed to replace the first and second revolutions created by coal and oil. Indeed, there are many positives to an influx of digital connectivity, particularly the increase of convenience for our daily tasks.

Of course, The Internet of Everything makes sure to point out many of the negatives of an increasingly connected world. Early in the film, there is a story from a woman, whose abusive husband repeatedly used their homes smart devices to harass her, even though he wasn’t physically in the house. There are also concerns about law enforcement algorithms being biased against certain communities and a possible increase of privatization by companies, who would use our data to bump up prices.

Overall I have to say that Brett Gaylor takes a relatively balanced approach when exploring our increasingly connected world and The Internet of Everything is a documentary worth watching.

The Internet of Everything airs on Sunday, March 22, 2020