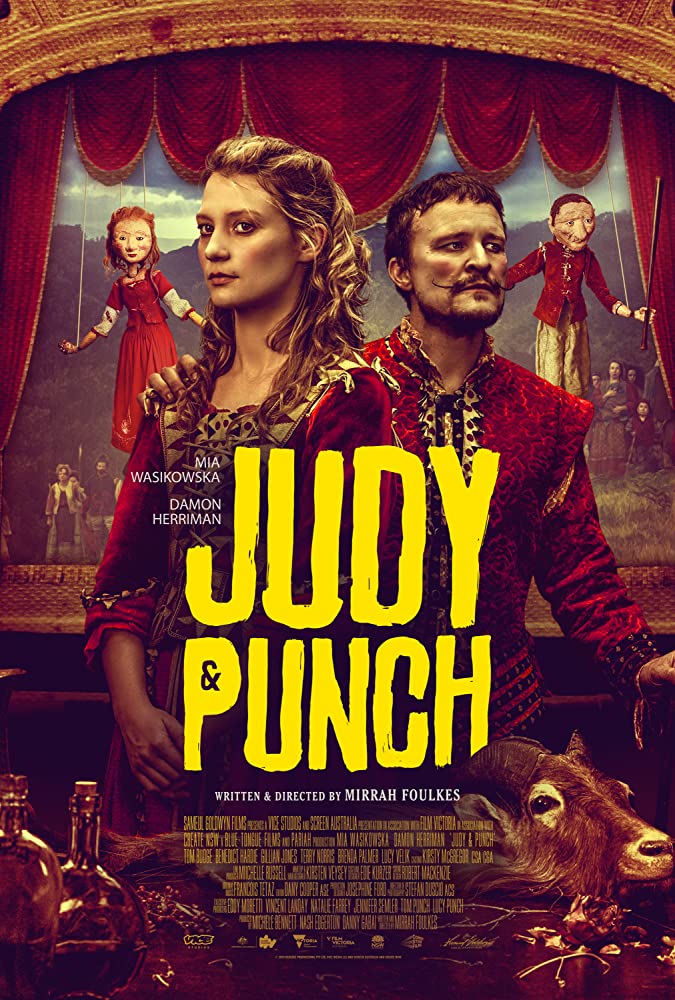 A husband and wife puppeteer duo try to resurrect their marionette show in Judy & Punch. In the small anarchic town of Seaside (located nowhere near the sea), Professor Punch (Damon Herriman) and his wife Judy (Mia Wasikowska) find that their marionette show is a hit with the locals, thanks primarily to Judy’s superior puppetry skills. However, when Punch’s drinking leads to tragedy, the aftermath leads the town on the brink of mob rule.

Judy & Punch is a darkly humorous period drama, which is the debut feature film for the actress, turned writer/director, Mirrah Foulkes. Named after the traditional British puppets show Judy & Punch introduces us to the titular puppetry duo, as they seem on the brink of stardom. However, it turns out that Punch has a bit of a drinking problem, which results in him frequently losing his temper. In addition, the town of Seaside has the habit of stoning to death women accused of witchcraft, a practice Judy frowns upon and the new young constable Derrick (Benedict Hardie) is trying to change.

It’s going to be hard for me to talk in detail about Judy & Punch without getting into spoiler-heavy detail about events from the second act of the film forward, so this is your final warning before I reveal some major plot details.

Judy & Punch has probably one of the most shocking and darkly humorous inciting incidents I’ve ever witnessed, as a drunken Punch narrowly saves his infant daughter from crawling into a fireplace, only to proceed to chase the dog belonging to the elderly servant Scaramouche (Terry Norris), resulting in Punch tripping, causing the baby to be THROWN OUT THE WINDOW! Things only get darker as, in response to Judy’s anger at the death of their baby, Punch proceeds to beat her within an inch of her life, which is an obvious reference to how the Punch and Judy puppet shows typically end.

This sets the stage for the second half of the film, where Punch frames Scaramouche and his wife for the murders, leading the town to demand an immediate hanging, and Judy is found and saved by a group of expelled heretics camping out in the woods. This essentially results in Judy & Punch becoming a film about Judy’s search for vengeance, while also trying to spread a message of acceptances forwards those who sit outside your view of the world.

Undoubtedly the best aspect of Judy & Punch is the lead performance by Mia Wasikowska, who sadly isn’t as prominent in roles as she was a decade ago, which is a real shame. You would probably be forgiven if you confused Damon Herriman, best known for playing Charles Manson in both Once Upon a Time in Hollywood and Mindhunter, for Pedro Pascal in the performance as Punch, since that is undoubtedly something I did. In fact, Pascal probably would’ve been a better fit for the character, who becomes increasingly slimy and despicable as the film progresses.

I guess you can ultimately call Judy & Punch a modern deconstruction of the concept of the titular puppet shows, throw a plot that is ultimately about accepting those who are different. This doesn’t make Judy & Punch a great film, though at the very least I can relate with the message writer/director Mirrah Foulkes was trying to convey.

Judy & Punch is now available on iTunes and other VOD platforms 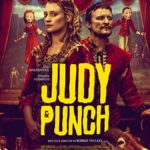