The bestselling book by Naoki Higashida serves as a jumping off point for an exploration of the experiences of non-speaking autistic individuals in The Reason I Jump. Published in 2007, “The Reason I Jump” was an autobiography by Japanese teenager Naoki Higashida, about his experiences growing up as an autistic child without speech. Naoki’s insights are provided along with profiles of five autistic individuals, who each express themselves in a unique way.

The Reason I Jump is streaming until June 24, 2020, as part of the online 2020 Hot Docs Canadian International Documentary Festival 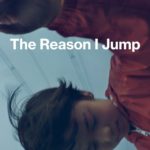