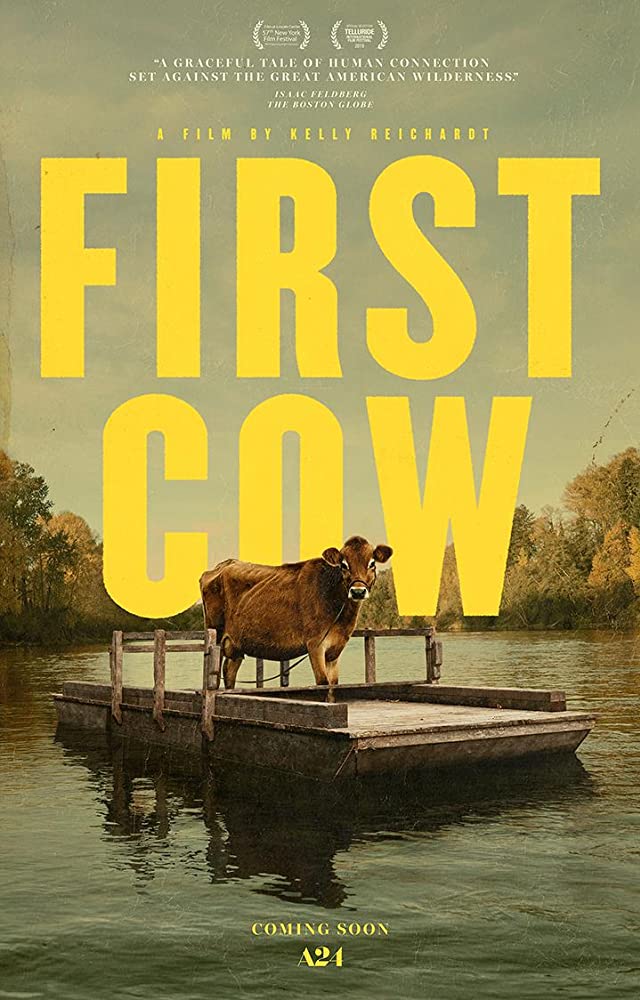 A cook and a Chinese immigrant begin a successful business with the help of a wealthy landowner’s milking cow in First Cow. Cookie Figowitz (John Magaro) is a loner who has traveled west and joined a group of fur trappers in Oregon Territory. It is there that is becomes acquainted with King-Lu (Orion Lee), a Chinese immigrant Cookie quickly develops a rapport with. After discovering a cow that was imported in by Chief Factor (Toby Jones), the two decide to milk the cow at night, in order to prepare pastries to sell at the settlement.

First Cow is the latest film from director Kelly Reichardt (Meek’s Cutoff), based on the 2004 novel “The Half Life” by Jonathan Raymond, who co-wrote the screenplay with Reichardt. The story takes place in the 19th century at a fur trapper settlement Oregon Territory. The plot follows Cookie Figowitz, a cook who has recently immigrated west. His first true connection at the settlement is with Chinese immigrant King-Lu and the two begin staying together at King-Lu’s cabin in the woods. Nearby Cookie finds a cow grazing, which was recently imported by wealthy landowner Chief Factor. The two come up with a plan that involves stealing the cow’s milk and using it the make Chinese donuts that they sell in the settlement.

When compared to the other films of Kelly Reichardt’s filmography, I would describe First Cow as a mix between the period setting of Meek’s Cutoff and the melancholy animal love in Wendy and Lucy. Even though the basic plot of First Cow is a relatively simple one, the film really takes its time at establishing the characters and setting, with it almost being an hour into the film before Cookie and King-Lu come up with their plan of milking the cow at night.

The story of First Cow is almost entirely dependent on the performances of John Magaro and Orion Lee as Cookie Figowitz and King-Lu, despite the film featuring some familiar names in the supporting cast, including Alia Shawkat, Ewen Bremner, and Toby Jones. Of these, it is Jones who becomes quite prominent in the second half of the film as Cookie and King-Lu’s pastries ironically attract the attention of Chief Factor, the very man they are stealing milk from.

Because of the film’s methodical pace, I admittedly found First Cow a difficult film to get into at first. However, the film picked up for me in the second half and I would ultimately say that First Cow is in line with the other films directed by Kelly Reichardt.

First Cow is now available on iTunes and other VOD platforms, including the digital TIFF Bell Lightbox 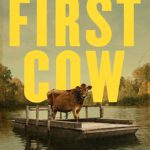