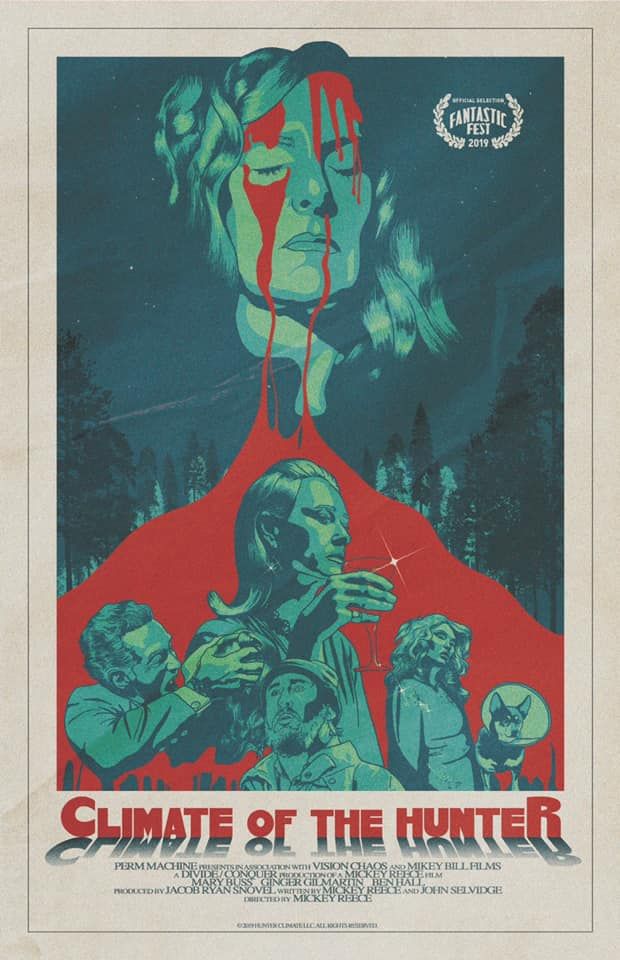 Two sisters compete for the attentions of a man who may or may not be a vampire in Climate of the Hunter. Alma (Ginger Gilmartin) is a somewhat mentally unstable woman currently staying at the family cabin with her sister Elizabeth (Mary Buss). They are soon joined by their old childhood friend Wesley (Ben Hall), who has recently returned home from abroad. Wesley begins to exchange flirtations with both sisters, however, spurred on by the observations of her neighbour BJ Beavers (Jacob Ryan Snovel), Alma starts to believe that Wesley could possibly be a vampire.

Climate of the Hunter is a very surreal and stylized horror film from writer/director Mickey Reese. Presented in a 4:3 aspect ratio, the film has a very distinctly 1970s style that also has a very similar feel to to the films of Peter Strickland. At the centre of the story is Alma, who spends most of her time walking her “philosopher” dog or smoking pot with her neighbour BJ. However, it isn’t long until Alma believes that her suave friend Wesley is a vampire and she wants to make sure that she’s the hunter and not the hunted.

Climate of the Hunter is a film that works through it’s ambiguity. There are many moments in the film that makes it seem that Wesley is indeed a vampire, however there’s also evidence throughout the film that it’s all a delusion caused by Alma undergoing a mental breakdown. No matter which reading you have of the film, I will contend that Climate of the Hunter is one worth checking out. 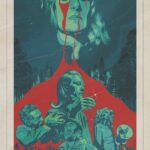