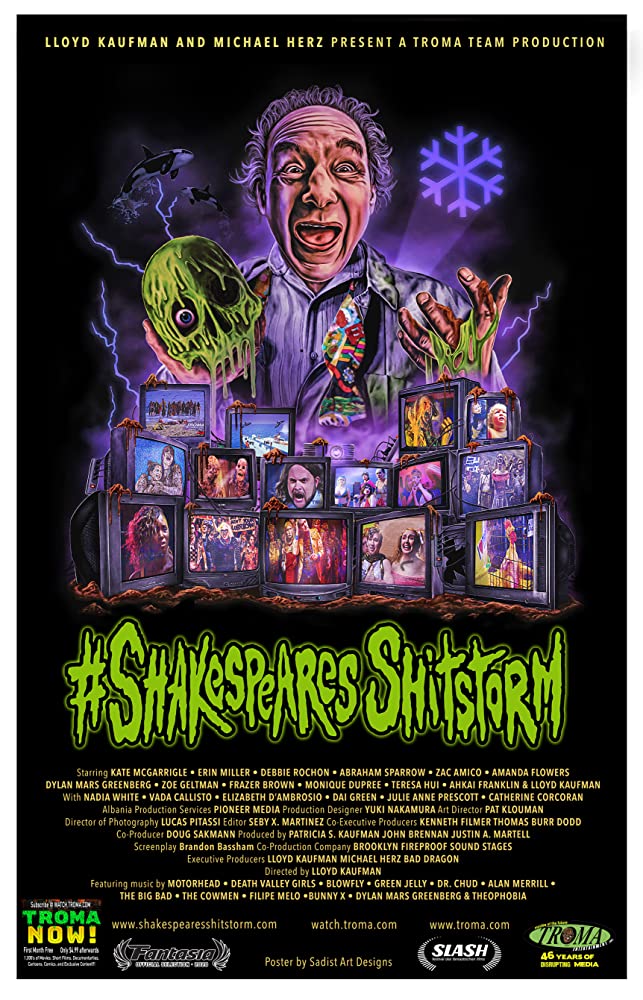 The folks at Troma Entertainment return with a new film lampooning the bard in #ShakespearesS#*tstorm. Elonzo “Big Al” King (Abraham Sparrow) is the head of the pharmaceutical Avanbard Incorporated, who is planning to launch his new drug “Safespacia” aimed at Millenials suffering from “entitlementia.” While on a cruise to celebrate the launch, the staff of Avanbard, which also includes Big Al’s son Ferdinand (Erin Miller) and executive Antoinette Duke (Lloyd Kaufman), find themselves trapped in a storm of defecating whales. They seek shelter in nearly Tromaville, where the mad scientist Prospero (also Kaufman) has been hiding out with his blind daughter Miranda (Kate McGarrigle) and plotting his revenge against big pharma and specifically his sister Antoinette.

Nearly a quarter of a century after 1996’s Tromeo and Juliet, a film infamously co-written by a young James Gunn, Lloyd Kaufman to lampooning the works of William Shakespeare with this musical adaptation of “The Tempest.” In true Troma fashion, #ShakespearesS#*tstorm is a title that can be taken quite literally, as the film’s inciting incident in the first twenty minutes really pushes the bar of bad taste and is not recommended viewing for those with weak stomachs.

While structured as a parody of The Tempest, it does seem that the ultimate goal of #ShakespearesS#*tstorm is to provide meta-commentary about “social justice warriors,” depicted in the film by the characters Steph (Zoë Geltman) and Trini (Dylan Greenberg), who takes offense at everything that is not considered politically correct. #ShakespearesS#*tstorm also features a number of transgressive musical sequences, one of the most notable being the wheelchair-bound Ariel (Amanda Flowers) singing about her love of crack. Overall, Lloyd Kaufman hasn’t been afraid to push buttons over his five-decade-long career and #ShakespearesS#*tstorm at the very least pushes some major ones.

#ShakespearesS#*tstorm screened as part of the 2020 Fantasia Film Festival 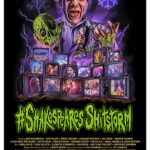