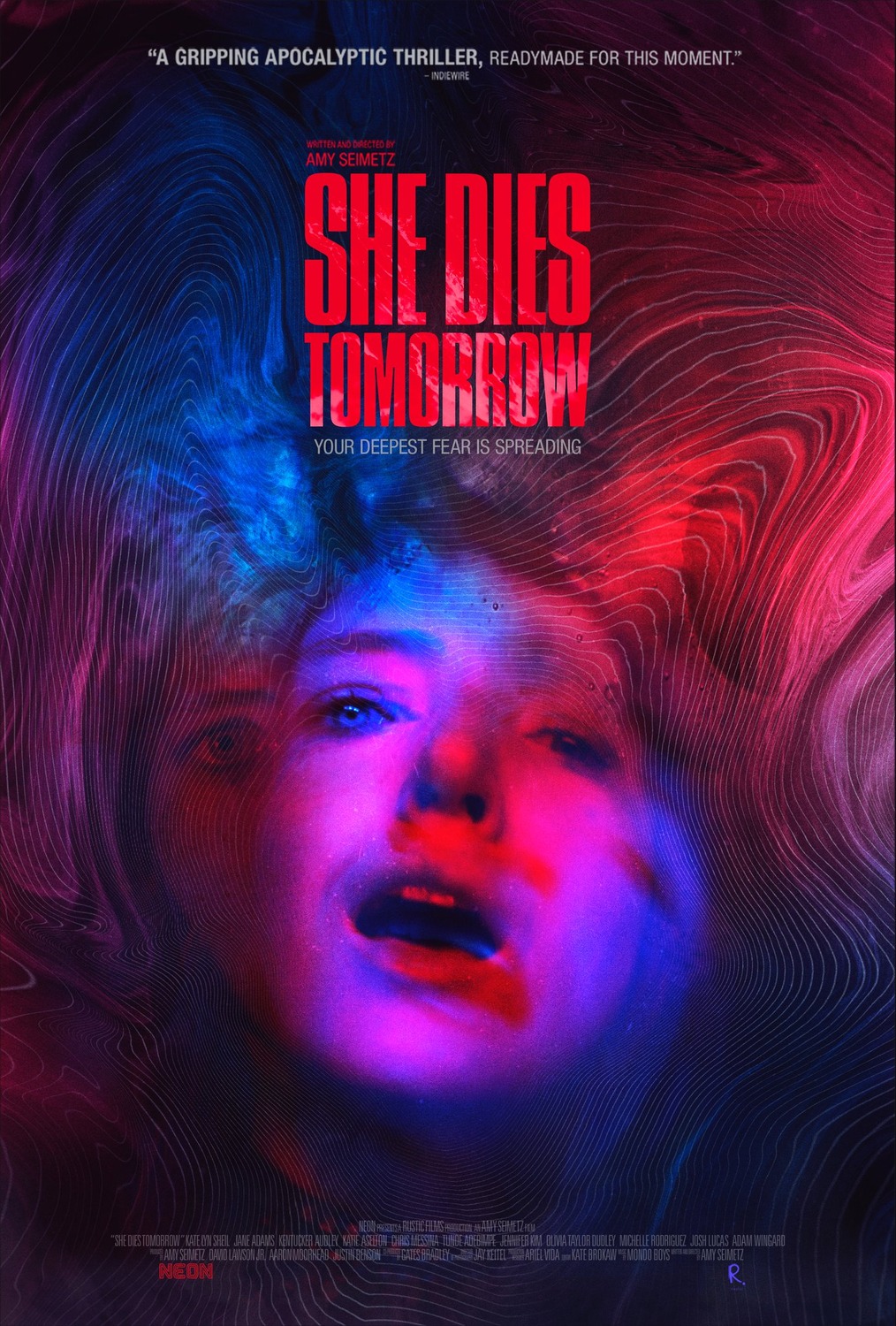 A young woman comes to believe that she is going to die tomorrow and spreads this belief to others in She Dies Tomorrow. Amy (Kate Lyn Sheil) is a young woman who has developed a very sudden and inexplicable belief that she is going to die the next day. The worries Amy’s friend Jane (Jane Adams), who visits to check up on her. However, this only results in Jane developing the safe belief, which she, in turn, spreads to her brother Jason (Chris Messina) and sister-in-law Susan (Katie Aselton), when she attends the latter’s birthday party.

She Dies Tomorrow is the feature film directorial debut for actress Amy Seimetz (Upstream Color), which tells a very pessimistic story of a group of people who come to believe that they are going to die the next day, with this belief spreading like a virus. The plot gives very little explanation about why this happens, though the “infection” is visualized throughout the film through the use of neon lighting.

For better or for worse, one of my biggest takeaways of She Dies Tomorrow is the most dialogue-free opening 15 minutes or so, where the increasingly depressed protagonist Amy plays the “Lacrimosa” segment from Mozart’s “Requiem” on a loop. Amy Seimetz’s script plays fast and loose with a mostly non-cohesive narrative, which includes some flashbacks to Amy and her boyfriend Craig (Kentucker Audley), which offers a vague explanation of how these thoughts of death got started. In fact, Amy all but disappears after the first act of the film, with Jane Adams’ character of Jane taking over as the primary protagonist, though we do return to Amy at various points throughout the story.

I would argue that Amy Seimetz was influenced by her work nearly a decade ago with Shane Carruth on Upstream Color, particularly in how She Dies Tomorrow is structured as a drama with some genre elements. However, She Dies Tomorrow was never able to fully hold my attention and the film leaves too many plot threads open, including an inexplicable late-film cameo by Michelle Rodriguez. That’s not saying that Seimetz isn’t capable as a filmmaker, I just would have preferred it if her script was a little more on the cohesive side.

Altogether, She Dies Tomorrow is a somewhat experimental exploration of pessimism that ultimately does not escape from the “art-house genre” niche. Though, if you’re a Mozart fan, you will probably dig the looping Lacrimosa in the opening 15 minutes. 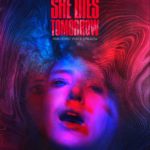