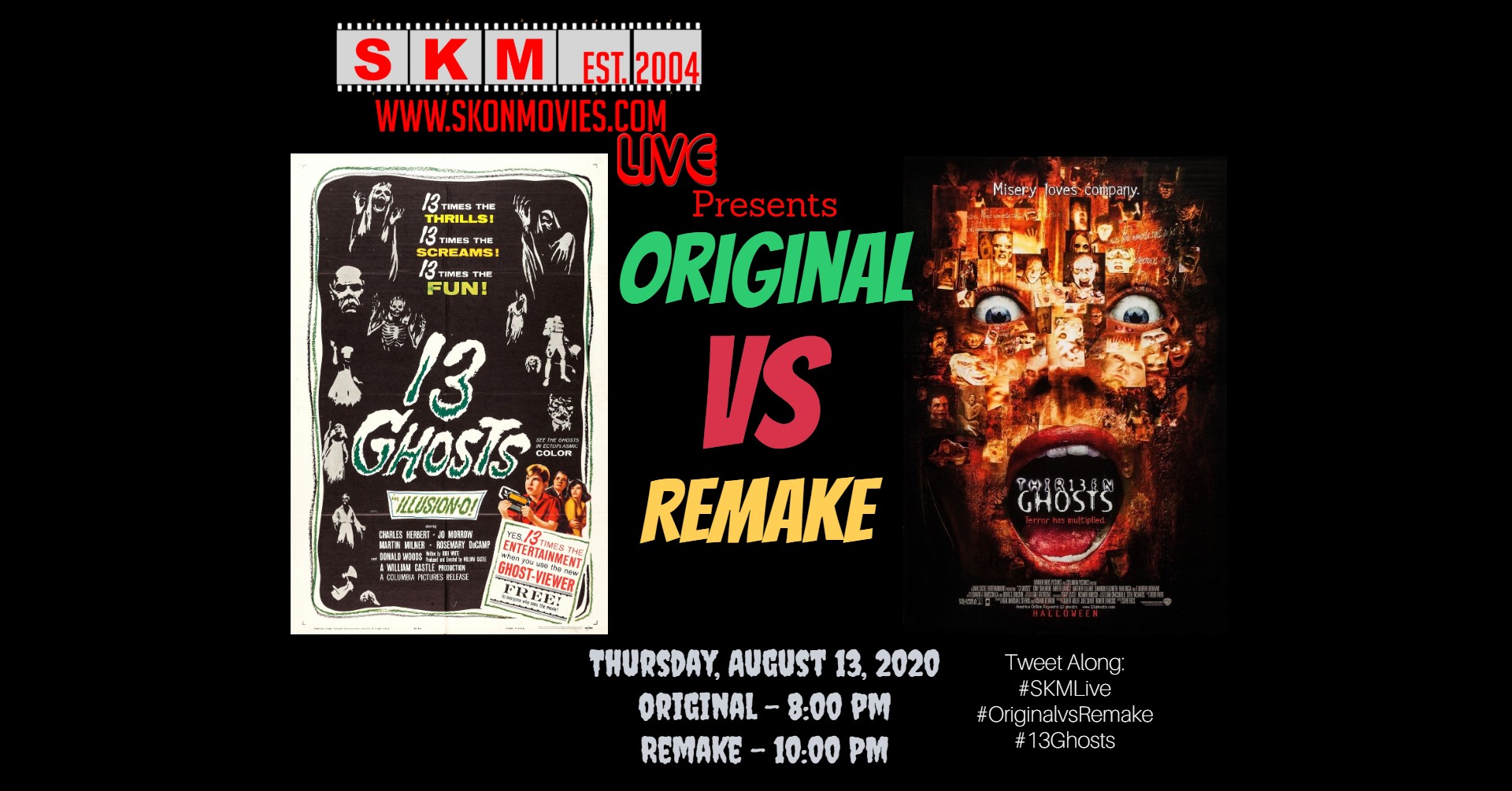 The COVID-19 pandemic has seen an increase in live-tweeting screening events, in an effort to regain some of the communal experience lost from seeing films in the theatre. After a very quickly organized test run a few months ago with my National Canadian Film Day event for The Changeling, I now present my first proper online event, which I have christened #SKMLive.

To take advantage of the fact that I recently acquired the new Scream Factory Blu-ray of the 2001 remake of Thir13en Ghosts, I decided to make this first event a “Original vs Remake” watch party for both this film and the original 1960 film by William Castle.

Beginning tonight at 8:00 PM, I will lead a live tweet at the hashtag #SKMLive, where I will watch the original film and remake back-to-back, followed by a live-streaming post-show around midnight.