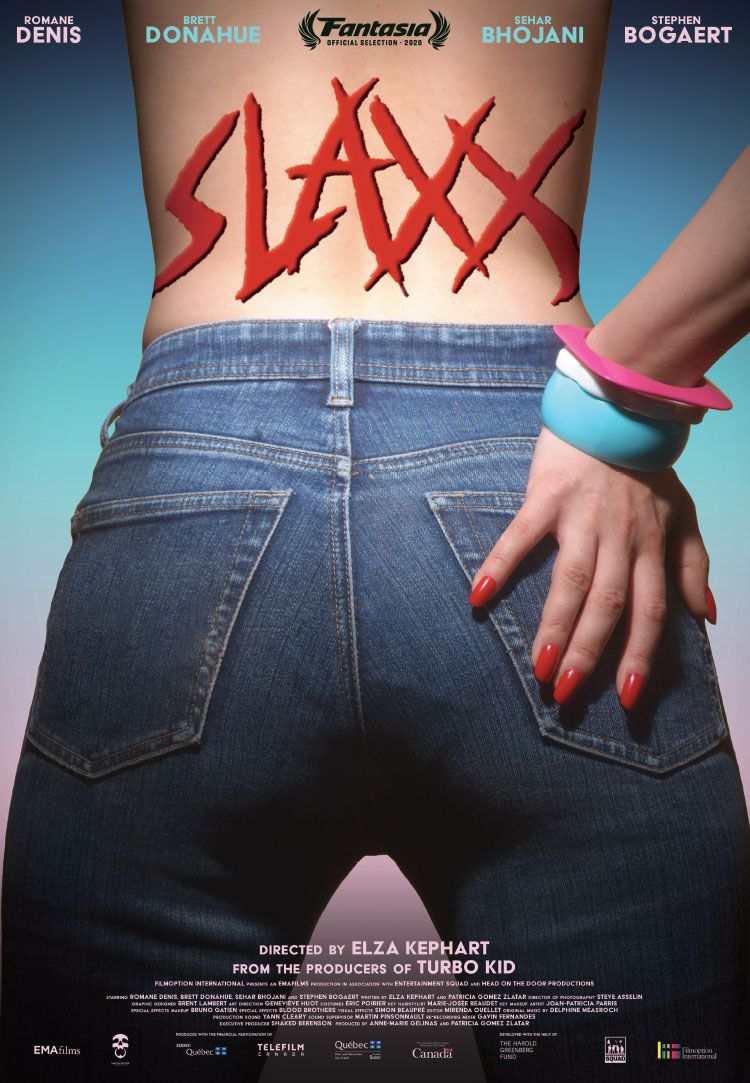 The staff of a department store is terrorized by sentient killer blue jeans in Slaxx. The hip department store Canadian Cotton Clothiers is preparing for their Monday Madness sale and the launch of their new self-adjusting Super Shaper jeans. Libby (Romane Denis) is freshly hired by store manager Craig (Brett Donahue) and joins other staff members Shruti (Sehar Bhojani), Hunter (Jessica B. Hill), and Lord (Kenny Wong) to prepare for the sale and a midnight visit by famed YouTuber Peyton Jules (Erica Anderson). However, it soon becomes apparent that the Super Shapers have a mind of their own and they start to dispatch the CCC staff in bloody ways.

Slaxx is a horror-comedy from the director and co-writer Elza Kephart. The plot of the film is a mix of a slasher film and a supernatural “evil object” film. Libby is one of the first to discover the growing body count in Canadian Cotton Clothiers, however, when she brings the problem to the store manager Craig, he just seems more concerned with the Monday Madness sale going well and receiving a possible promotion to regional manager. Together with her co-worker Shruti, Libby tries to figure out exactly why these sentient blue jeans are wreaking havoc in the store.

Slaxx is a highly entertaining and gory horror-comedy that also works as a satire of big-box clothing stores and the capitalist desire to sell the next hot item. In fact, one of the standout performances in the film is Erica Anderson as the incredibly annoying video blogger Peyton Jewels. Slaxx also offers some social commentary about where our clothes come from, as we come to learn that CCC’s stock isn’t as organic, GMO-free, fair-trade, sweatshop-free, and ethically sourced as they promote to the public. As such, Slaxx ends up being a fun and gory horror film that also spreads a message.

Slaxx screened as part of the 2020 Fantasia Film Festival 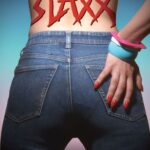