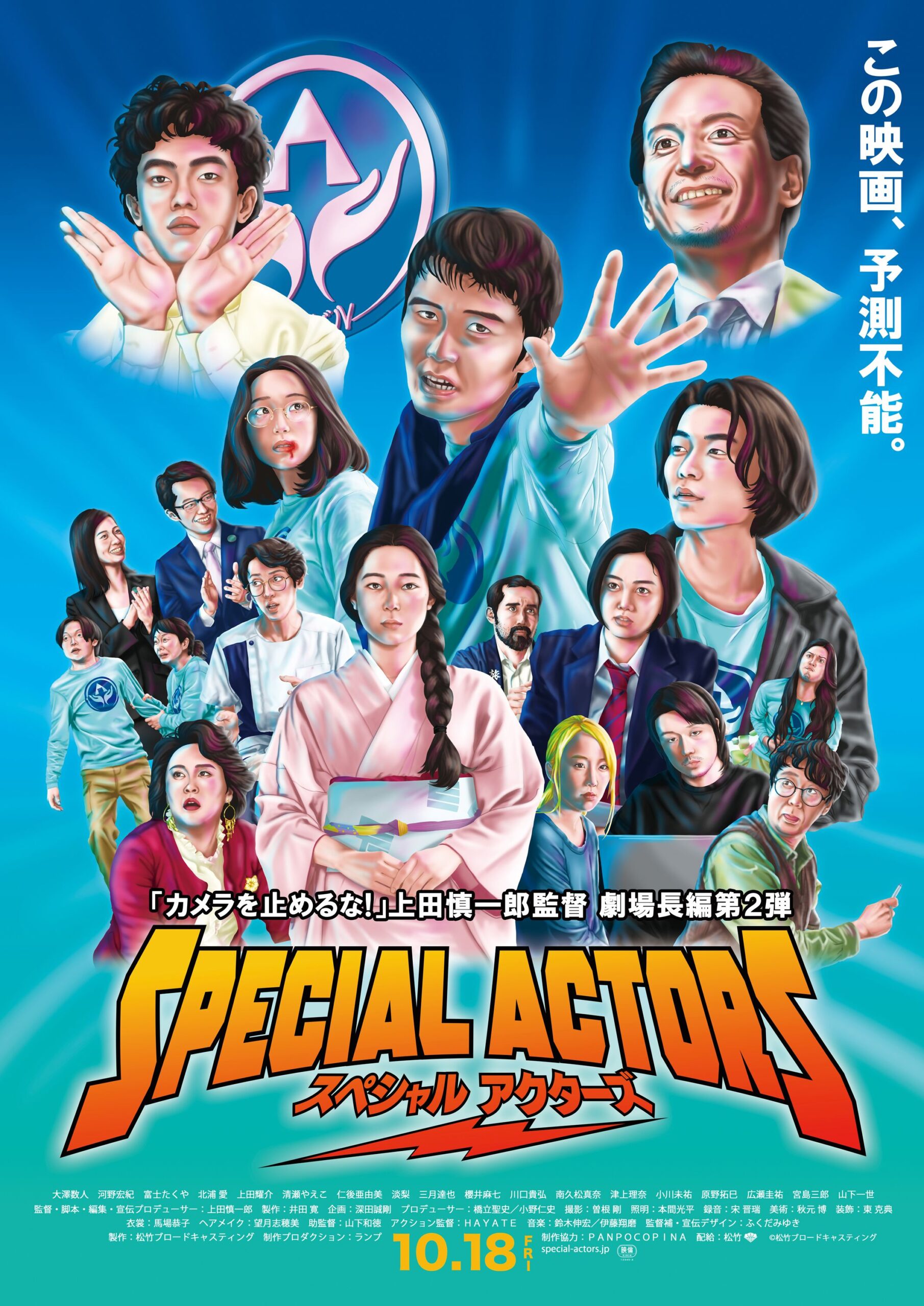 Two brothers join a special acting agency to take down a cult in Special Actors. Kazuto (Kazuto Osawa) has aspirations to become an actor but has a problem of frequently fainting while under stress. One day Kazuto is reunited with his younger brother Hiroki (Hiroki Kono), who introduces Kazuto to the “Special Actors” agency, which hires out actors to influence real-life events. The agency is hired by Yumi (Miyu Ogawa) to infiltrate the “Rice Ball” cult and save her sister Rina (Rina Tsugami). Kazuto and Hiroki team up to infiltrate the cult and expose its secret doctrine.

Special Actors is the follow-up to writer/director Shinichiro Ueda’s breakthrough hit One Cut of the Dead. In a similar fashion to the previous film, Special Actors goes in a very meta direction, as the plot focuses on an acting agency, who scripts out and infiltrates real-life situations. The main protagonist of Kazuto is lead to the agency by his brother Hiroki in an effort to cure Kazuto of his very bad anxiety and frequent fainting spells.

With its very surprising turn in the second half, 2017’s One Cut of the Dead turned out to be one of the most original zombie films in quite some time. While I have to admit that director Shinichiro Ueda’s follow-up Special Actors isn’t quite on par with his previous film, it still makes for a quite entertaining watch that is still filled with the many meta elements that made One Cut of the Dead such a joy.

Special Actors screened as part of the 2020 Fantasia Film Festival