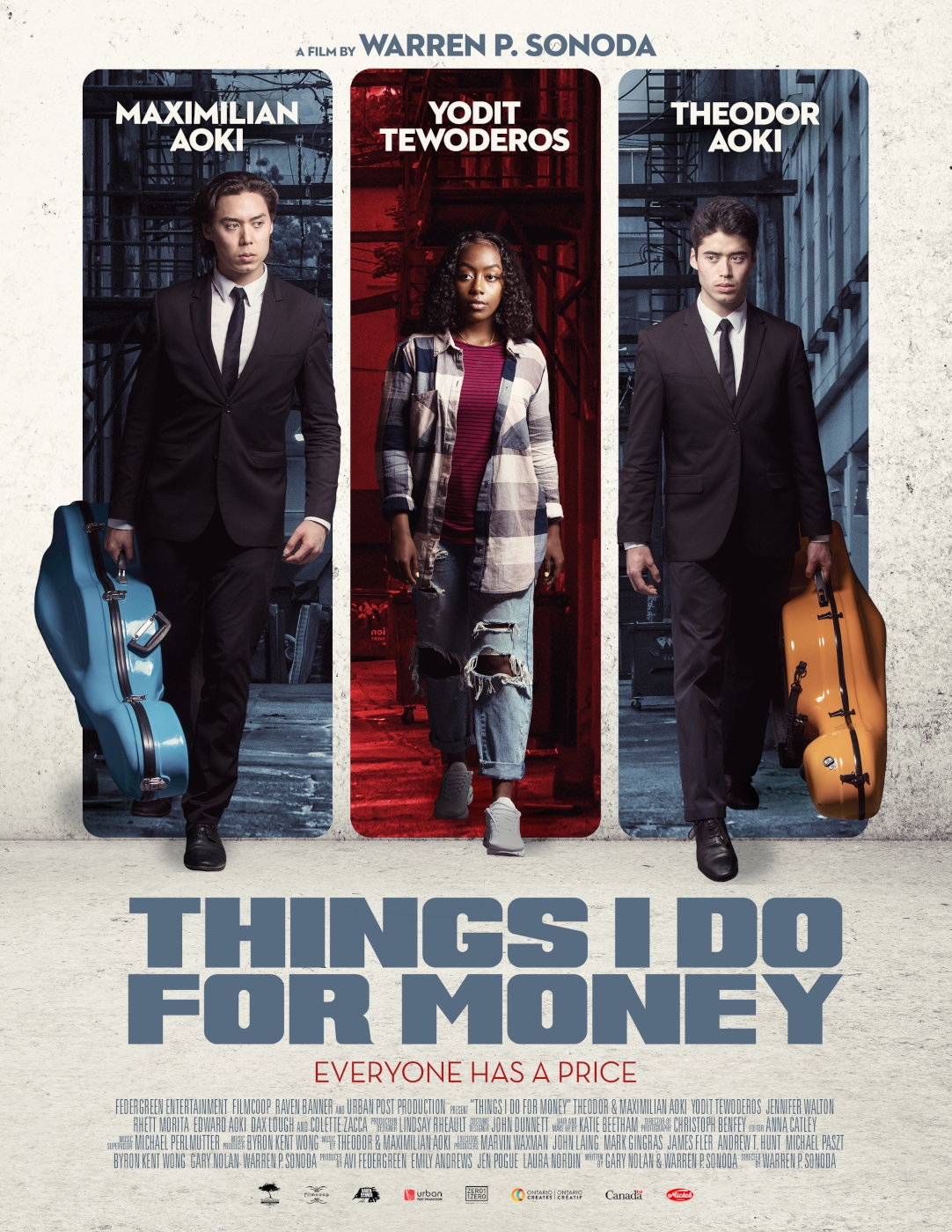 Two Japanese-Canadian cello-playing brothers find themselves entangled in the Hamilton crime scene in Things I Do for Money. Eli Yaguchi (Theodor Aoki) is a seventeen-year-old aspiring cellist, who is busy practicing for an all-important recital. However, Eli has to deal with the lack of interest from his older brother Nick (Maximilian Aoki), who works at a bar owned by local gangster Alexi Raduli (Dax Lough). However, Eli also finds himself mixed up in Hamilton’s organized crime scene when he and his crush Laura (Yodit Tewoderos) recover a bag filled with $20,000 following a drug deal gone wrong and he is ordered by Larua’s crime boss grandmother Brenda (Colette Zacca) to assist with the heist of an $8M painting.

Things I Do for Money is a coming-of-age crime film from director and co-writer Warren P. Sonoda (Cooper’s Camera) and is the film debut for real-life cellists Theodor and Maximilian Aoki, who also produced the film’s score. The story focuses on the relationship between Eli and Nick Yaguchi, with the latter not being as interested in music career as the former. Both brothers find themselves entangled in Hamilton’s organized crime scene, which includes Russian mobster Alexi Raduli and geriatric crime boss Brenda Mickel. To help out with the family’s organized crime troubles, Eli and Nick’s mother Mary (Jennifer Lynn Walton) enlists the help of their hitman uncle Jimmy (Ed Aoki), despite his estranged relationship with their father Tosh (Rhett Morita).

While a film worth seeing for the very talented cello playing by its leads Theodor and Maximilian Aoki, Things I Do for Money is probably as cliche a crime film as they come. The worst offender is the very stereotypical Russian antagonist Alexi Raduli, though it’s also highly inconceivable Eli Yaguchi’s figure-skating crush Laura happens to be the granddaughter of one of Hamilton’s biggest crime bosses, who regularly meets with other elderly gangsters in the local bingo hall.

One of the aims of Things I Do for Money is that it was an opportunity for director Warren P. Sonoda to explore his Japanese-Canadian heritage on film, though I don’t think that the film goes far enough in that regard, save for a number of moments contrasting the central brotherly relationship between Eli and Nick Yaguchi with the most estranged relationship between their father Tosh and his Vancouver hitman brother Jimmy. In fact, I would almost argue that Things I do for Money might have ultimately been a better movie if it focused more on the brotherly relationship and didn’t bother to shoehorn the story into a crime film.

Ultimately, I will conclude that Things I Do for Money is a film with some excellent cello playing, accompanied by a very lackluster crime film. 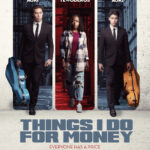