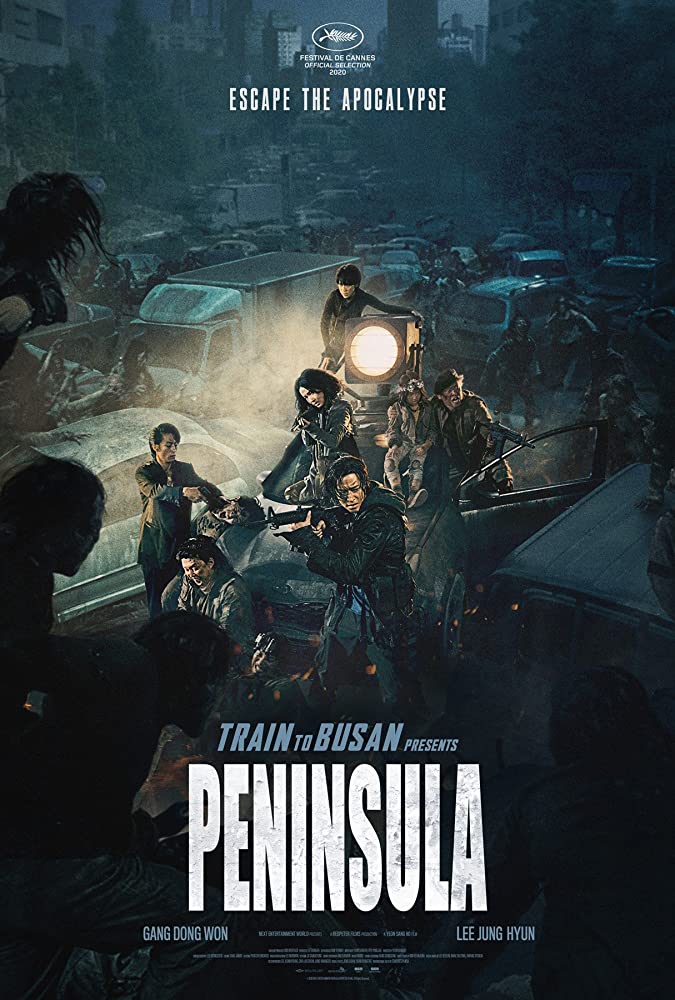 Four years after the incident on the Train to Busan, survivors return to the zombie-infected Korean Peninsula. Jung-seok (Gang Dong-won) is a Marine captain who is forced to abandon his sister and nephew while escaping zombie-infected, much to the chagrin of his brother-in-law Chul-min (Kim Do-yoon). Four years later, Jung-seok is struggling to get by in Hong Kong when he and Chul-min, along with two other, are recruited by a group of gangsters to sneak back into the quarantined Korean peninsula to recover a truck containing millions of dollars. The group is dropped off in the port of Incheon, with the city now a crumbling wasteland. Jung-seok and the group soon find out that the zombies are the least of their worries as they are ambushed by rogue militia Unit 631, led by Sergeant first class Hwang (Kim Min-jae) and Captain Seo (Koo Kyo-hwan). During the ambush, Jung-seok is saved by Joon (Lee Re) and Yu-jin (Lee Ye-won), the daughters of fellow survivor Min-jung (Lee Jung-hyun), who teams up with Jung-seok to recover the truck and escape the peninsula.

Peninsula is a post-apocalyptic zombie action film from South Korean director Sang-ho Yeon, which is a standalone sequel to both 2016’s Train to Busan and its animated prequel Seoul Station. The film takes place four years after the initial zombie outbreak, during which time the Korean peninsula has become a quarantined zone. Feeling immensely guilty about leaving his sister for dead during his escape to Hong Kong, Jung-seok takes a job to recover $20M from an abandoned food truck. However, the city of Incheon had become a much more lawless world in the last four years and it turns out that the rogue militia Unit 631 are a greater threat than the zombies.

2016’s Train to Busan was an immensely action-packed affair that showed that there was still some life in the overplayed zombie apocalypse film. Automatically it would be impossible for Peninsula to be seen on the same level as the previous film and indeed this film falls into the typical zombie film cliche of the fellow surviving humans being more dangerous than the undead threat.

However, if there is one thing I can praise director Sang-ho Yeon for is that he made three connected zombie films that were completely different from each other, whether it be the animated presentation of Seoul Station or the intense action of Train to Busan. With Peninsula, Sang-ho Yeon goes in a direction that can be seen as more akin to post-apocalyptic films such as Mad Max or Escape from New York. Indeed one of the major set-pieces of the film has a captured Chul-min being forced to compete in a Thunderdome-like fight against zombies. Peninsula also features one hell of a car chase that makes up the bulk of the film’s climax.

Overall, while Peninsula doesn’t quite have the same level of originality as Train to Busan, it is still a quite solid post-apocalyptic zombie action film. 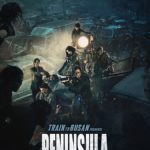