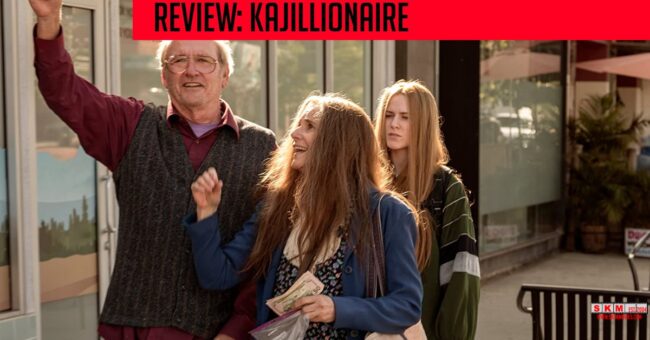 The daughter of a pair of grifters finds her world turned upside down after the arrival of a new accomplice in Kajillionaire. Old Dolio (Evan Rachel Wood) is a socially awkward 26-year-old woman, whose only real lessons from her parents Robert (Richard Jenkins) and Theresa (Debra Winger) was how to swindle, scam, and steal at every opportunity. Desperately needing rent for their sud-leaking home in the offices of a soap factory, Old Dolio comes up with a hasty insurance scam, during the execution of which the three meet Melanie (Gina Rodriguez), who helps them with a new plan to scam dying old people of their money. However, it is through Melanie’s influence that Old Dolio begins to learn that there is more to life than simply stealing.

Kajillionaire is a crime-comedy from writer-director Miranda July (The Future). The film stars Evan Rachel Wood, nearly unrecognizable with her frizzy hair and deep voice, as Old Dolio, who has spent her entire life being a pawn in her parent’s multiple scams, with her even being named after a homeless man who won the lottery, in the hopes that he would put her in his will. However, Old Dolio’s life turns upside down with the arrival of Melanie into her life, who teaches her that the life of “false fakey people” is probably more appealing than a life of crime.

Probably the biggest takeaway I have about Kajillionaire is how all-in Evan Rachel Wood is in the lead role of Old Dolio, with the character being incredibly awkward in social situations, yet incredibly skilled at committing crimes, as evidenced in the opening scene where skill robs a post office. Wood also ends up having exceptional chemistry with Gina Rodriguez (Jane the Virgin, Annihilation) as Melanie, whose output on life is quite the opposite of the “off the grid” living taught to Old Dolio by her parents, played by a particularly grizzled looking Richard Jenkins and Debra Winger, which includes a very irrational fear of earthquakes.

Overall, I would describe Kajillionaire as being a quirky crime-comedy with quite solid performances, but a fairly by-the-numbers plot that doesn’t really leave much of an impression by the end. However, I do have to make note of the film’s very memorable visual of pink soap suds slowly pouring down the wall of the family’s office, turned apartment. That visual definitely stands out in a film that is otherwise a quite typical grifter comedy. 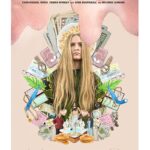