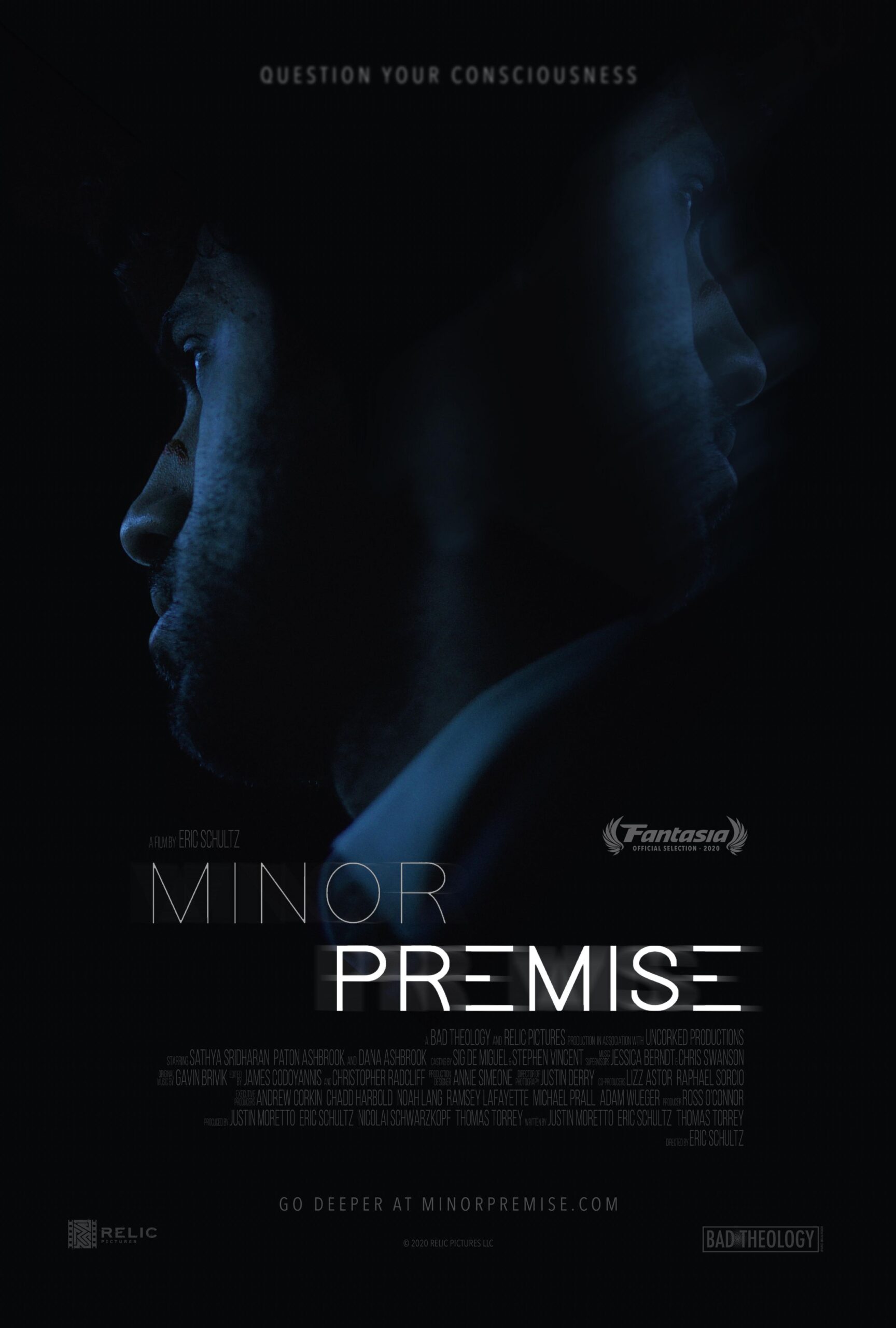 A scientist ends up with his consciousness split into separate personalities in Minor Premise. Ethan (Sathya Sridharan) is a neuroscientist, who is under immense pressure by Malcolm (Dana Ashbrook) to complete the work of Ethan’s late father in creating a device to control human consciousness. Using himself as a guinea pig, Ethan has discovered that his consciousness has been split into ten segments based on a certain area of his brain, who each has control of his body for six minutes every hour. With the help of his ex-girlfriend Allie (Paton Ashbrook), Ethan must figure out a way to fix the segmentation, before he experiences complete brain death.

Minor Premise is a quite solid science fiction thriller from director Eric Schultz. The film takes place almost entirely in the laboratory of the protagonist Ethan, who is working with his ex Allie to try and fix the segmentation of his consciousness. While Minor Premise has a relatively straightforward plot, the story does have some interesting twists and turns, especially as Ethan comes to distrust himself. While the film has some loose ends that could have been tied up better, Minor Premise is still a science fiction thriller that is worth checking out.

Minor Premise screened as part of the 2020 Fantasia Film Festival