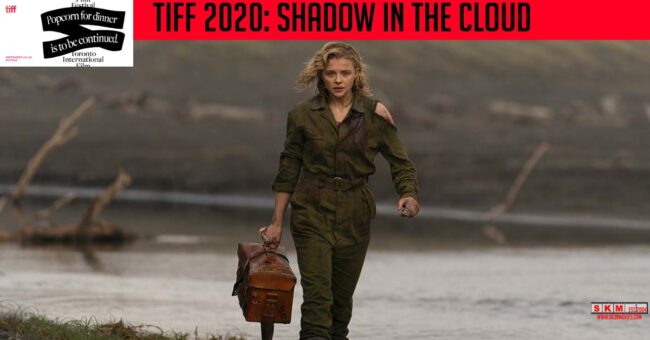 A WAAF officer during World War II experiences her own nightmare at 20,000 feet in Shadow in the Cloud. Maude Garrett (Chloë Grace Moretz) is an officer of the women’s auxiliary air force during World War II, who is assigned to a B-17 Flying Fortress, carrying a strictly classified piece of cargo. While the highly misogynistic crew doesn’t take too kindly to a female aboard their plane, Captain Reeves (Callan Mulvey) begrudgingly allows Garrett to stay in a a ball turret underneath the plane. Leaving her cargo in the safe keeping of Staff Sergeant Walter Quaid (Taylor John Smith), Garrett goes into the isolated turret and has to put up with the sexist comments of the crew, while something is moving around outside.

Shadow in the Cloud is a World War II set action-horror film from New Zealand writer/director Roseanne Liang. The film stars Chloë Grace Moretz (Kick-Ass) as a WAAF officer Maude Garrett, who is on a top secret mission. The bulk of the film takes place in the isolation of the ball turret, where Garrett spots both an oncoming Japanese ambush and something else hidden within the crowds. With her warnings falling upon deaf ears of the toxic masculinity onboard, Garrett has to take matters into her own hands if she is going to make it out alive with her cargo in tow.

Shadow in the Cloud has some notable strengths to it, such as an exceptional synth score, one of the first truly grown-up performances by former child actor Chloë Grace Moretz, and a plot that counteracts misogyny within the military. However, after a quite well-executed first half, quite reminiscent of a certain Twilight Zone episode, the film moves into a very hyper-stylized climax that throws all sense of realism out the window. However, Shadow in the Cloud is still worth checking out. 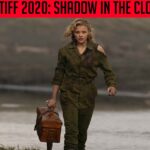