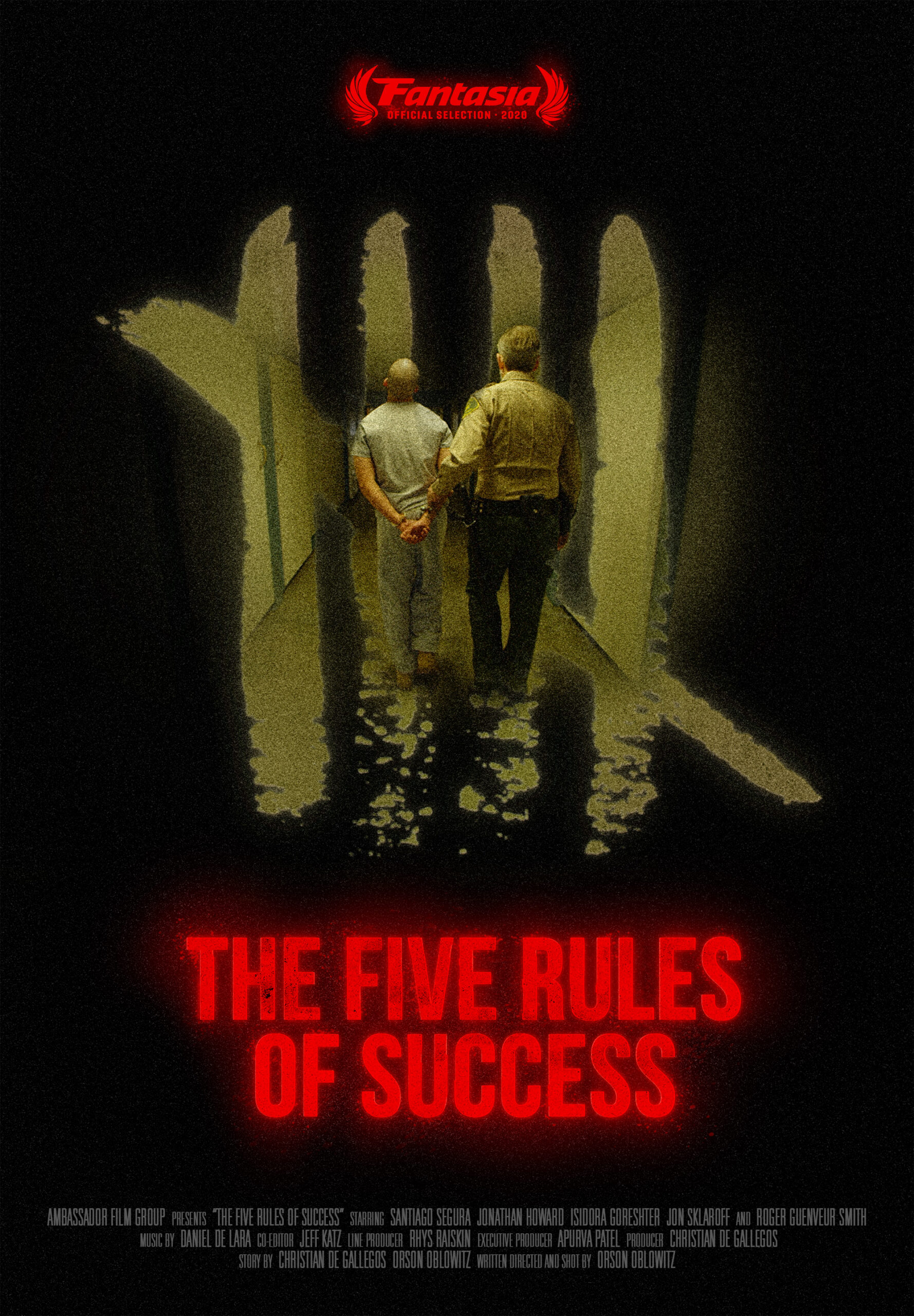 A recently paroled man tries to rebuild his life in The Five Years of Success. Freshly released from prison, X (Santiago Segura) has committed himself to live on the straight and narrow and making a success of himself. With his parole officer Emma (Isidora Goreshter) watching his every move, X quickly finds a job at a restaurant run by Avakian (Jon Sklaroff) and seems to be well on his way to rebuilding his life. However, a combination of a need for money and the bad influence of Avakian’s son Danny (Jonathan Howard) slowly leads X back to a life of crime.

The Five Rules of Success is a film from writer/director Orson Oblowitz that acts as a social commentary of the hypocrisy of the American Justice System, which doesn’t allow ex-cons such as X to return to a normal life after being released from prison. This is shown through the passive-aggressive actions of his parole officer Emma, who considers X a “prisoner on vacation” and routinely makes boundary-breaking late-night visits to X’s home.

The Five Rules of Success begins as an optimistic tale of rehabilitation and quickly becomes about the system failing X to the point where he has to return to a life of crime. Featuring a very kinetic editing style and a slow revelation of the titular rules, The Five Rules of Success turns out to be a quite timely film, as the broken American Justice System is at the forefront of most headlines. Ultimately, the system doesn’t work for someone like X, who often has to go to extreme measures to achieve their own success.